Harman has a go at unprincipled Liberal Democrats 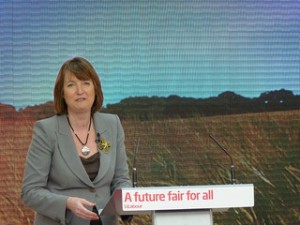 Harriet Harman has post at the Huffington Post today. The theme of the post is that, regardless of what the Liberal Democrats say, they can’t be trusted:

Nick Clegg has repeatedly said one thing and then done another. Time after time Nick Clegg has tried to distance himself from the failures of David Cameron’s Government but the truth is he has ditched his principles and voted in Parliament with the Tories all the way.

Harman then goes on to list her top ten examples of the Lib Dems betraying their principles and promises. The post is slightly odd inasmuch as it doesn’t seem to say much for Labour’s – or at least Harman’s – understanding of how coalition works, particularly for the junior partner, and demonstrates a failure to grasp the concept of political compromise.

It is also useful to reflect on the extent to which things would have been different had the Liberal Democrats been in coalition with Labour.

We’ve been over this ground plenty of times before. The Liberal Democrats reneged on a pledge. But with both major parties committed to increasing fees that would most probably have happened whether the coalition was with the Tories or Labour. So the party was always going to be in trouble on this one. That the tuition fees vote came early in the Parliament, when the overriding priority at the time was maintaining coalition unity, meant that the Liberal Democrats were under even more pressure.

2. Increasing VAT to 20 per cent, after campaigning against it before the Election

In one sense this is a fair point. It could probably be used more effectively by Labour, if they had the nous, to undermine the Coalition’s positive messages about the benefits of the increase in personal tax allowances. Yet if we all agree that tax revenues need to be shored up, but the Tories are unwilling to countenance significant increases in direct, corporate or wealth taxation, then you don’t have too many options. Creating budgetary chaos may have been a short-term option, but hardly a wise one.

I’m inclined to think that this policy was politically unwise in the context of the need to share the burden of fiscal consolidation. And that over the long term it will increase inequality, while the claimed beneficial impacts on the economy are rather less compelling than advocates believe. But the scope for frustrating something that the Tories were clearly committed to delivering for their friends in the City always seemed to me to be rather limited.

Nick Clegg says that “thanks to the Liberal Democrats, the government has been helping people get through these difficult times with measures to make life fairer and easier”. The reality is that, with Liberal Democrats in government, things are getting harder – with wages down £1,500 since the election and a million young people out of work.

There is a little right and a lot wrong with this statement. The Government has taken steps to ease the burden on households, although not as vigorously as some might wish. Yet, Liberal Democrat Parliamentarians have also presided over cuts in social security – in some cases in direct contravention of party policy – that has made life more difficult for many. And the Liberal Democrats shouldn’t pretend otherwise.

But Harman’s position is rooted in the idea that it is within the Government’s power to shape living standards and that it is within the Government’s power to deliver wage increases across the economy. While there might well be an argument about the way in which IDS’s welfare reforms have suppressed wages at the bottom of the labour market, the Government has limited direct leverage to raise living standards across the board. Current discussions about raising the minimum wage are a positive sign, but there are limits on what can be achieved on that front within a global and technologically-evolving economy.

5. Backing the top-down reorganisation of the NHS

I have never changed my view that the Government was highly disingenuous in the way these reforms were introduced and that the reforms at the heart of the HSC Act were the wrong reforms. They commanded relatively little support beyond a certain element of the political classes and the private health care organisations that stand to profit from them. They shouldn’t have been railroaded through. The Liberal Democrats shouldn’t have supported them. Other avenues for reform were possible.

6. Not voting for the Mansion Tax when they had the chance

On the face of it this one does seem a puzzle. Superficially Harman appears right. The Mansion Tax is a well-established policy objective for the Liberal Democrats and it was therefore odd when they voted against it. On the other hand Harman is being rather disingenuous because the way in which the debate evolved saw Labour trying to use the policy as a means of creating division within the Coalition. In the end, Liberal Democrat Parliamentarians passed up a long-held aspiration in exchange for Coalition unity. Is that a U-turn on principle? Possibly. But you have to locate the decision in its context to understand it. Even if you don’t then think that excuses it. It is one illustration of the problems of being the junior Coalition partner.

Harman argues that Nick Clegg has failed to deliver on pretty much all of his constitutional reform agenda. That is undoubtedly true. But it isn’t primarily a matter of the Liberal Democrats abandoning principle. It is evidence of the difficulties of challenging entrenched interests and the problems of being a minority party. And to fail to acknowledge that Labour played a significant role in frustrating some of the proposed constitutional reforms is rather outrageous.

Clegg stands accused of promising to protect Sure Start, while supporting – or at least standing by and watching – the closure of hundreds of Sure Start centres. Harman’s claim on this issue needs a bit of unpacking because the Sure Start policy is rather more amorphous than this suggests. But it would be hard to claim that the severe budget cuts inflicted on local authorities have left Sure Start activities entirely untouched. Yet, to what extent it is sensible to lay the responsibility for local decisions about the priorization of cuts at the door of national politicians is debatable.

Prior to entering Government the Liberal Democrats argued that SpAds should be funded by political parties. They stand accused of “changing their tune” and now accepting taxpayer-funded SpAds.

At one level, you might say that if this is one of the top ten most terrible instances of the Liberal Democrats abandoning principle then it’s a relatively minor issue so they aren’t doing too badly. I tend to agree with the view that SpAds should be funded by political parties and not the taxpayer. You then face the bigger problem that political parties – apart from the Tories – are strapped for cash.

Overall, Harman’s piece is a mixture of the fair, the simplistic and the outright misleading. It provides a highly partisan reading of events with the aim of undermining the credibility of Liberal Democrat policies agreed and announced at Conference.

At one level this is no great surprise. But at another level it is a rather depressing sign that we still have a long way to go. A long way to go to achieve a genuine understanding that the overarching political dynamic of Westminster politics has changed in the face of splintering support for the major parties. There is a need for less faux antagonism and more mature and constructive engagement. I don’t get a strong sense that we’re moving in the right direction.