The Localism Act – Issues and Questions 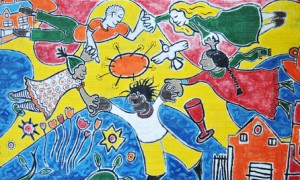 Last Wednesday the LGiU and Bristol City Council collaborated to host a day conference on the Localism Act. Yesterday I introduced some of the main themes from the Government’s perspective, as set out by Andrew Stunell. As the conference progressed many issues and questions emerged. Today I identify those that particularly struck me. A broad message is that there remain significant challenges in effectively communicating to local communities the nature and extent of change.

The discussion of neighbourhood planning and neighbourhood forums highlighted quite how much of the Government’s Localism agenda relies on details yet to emerge. The imminent National Planning Policy Framework (NPPF) is crucial. Neighbourhoods are going to be able to draw up plans for their own areas – Frontrunners across the country are already doing so. But their plans must be consonant with the local plan or, in the absence of a local plan, with the presumption in favour of sustainable development underpinning the NPPF. This could be taken to indicate that concerns over neighbourhood planning being a NIMBY charter have been overstated. However, neighbourhood plans have to be approved through a local referendum. Quite a few delegates were concerned that, even if the neighbourhood plan is for growth, the referendum will see the NIMBYs out in force to vote it down. There were also concerns about local capacity, time and resources to engage in neighbourhood planning. In fact, there was considerable scepticism that Neighbourhood Planning is going to galvanise people to get involved. While some areas will no doubt embrace the possibilities with enthusiasm others may struggle unless capacity building prepares the ground. There was a general concern that it was unclear what scale of resources would be available to support neighbourhood planning activities.

In the housing field the reform of the local authority Housing Revenue Account – the continuation of a policy started by Labour – was identified as an important change that has been rather neglected. It opens up opportunities for local authorities to take greater control of what happens in their area. To operate effectively under this regime local authorities with retained stock will have to develop a stronger asset management orientation and get smarter at managing risk.

In contrast, changes to fixed term tenancies, allocations schemes and homelessness duties have been widely discussed, including on this site. Changes in housing must be linked to housing benefit changes as part of Welfare Reform to build a better picture of what is happening. Local authorities need a more strategic understanding of housing in their area. In particular, they need to be monitoring what is happening at the bottom end of the private rented sector: households are seeing state support reduced and they are going in search of cheaper accommodation, at the very same time local authorities will be looking to discharge their homelessness duties into the private rented sector. There is a nasty cocktail of ingredients brewing here.

Community rights – the community right to bid and the community right to challenge – also generated considerable discussion. One complexity is that the Localism Act contains five different definitions of “community”. Allowing communities rights to bid to take over community assets designated as significant and rights to challenge local authorities on service provision are, on the face of it, positive moves. But delegates had lots of questions about communities’ appetite for this and about the practicalities.

One question from the floor, which was exercising a number of people, was whether the community right to challenge will turn out to be a Trojan Horse for privatisation. Communities can challenge a local authority on service provision and force the tendering of a service. Yet, community members are under no apparent obligation to declare any conflict of interest – such as working for an organisation that would wish to tender. Also, the service would be tendered in open competition. “The community” would only be in the running to take it over if they could demonstrate they had a realistic chance of being able to deliver the service. This will most likely require formal structures and a track record. While it is possible to include “social value” as a criterion in tender evaluation alongside price and quality this is difficult to define. And local authorities need to be careful to conform to the legal requirements of procurement and competition law. There is a risk that communities challenge a local authority on services and the end result is a contract being awarded to a private provider. Not every community would welcome this outcome.

Overall, the day provided plenty to reflect upon. This is an important policy agenda. If it weren’t for the fact that the Coalition is pursuing a rather frenetic programme of policy change across practically all fronts then the localism agenda would have attracted considerably more attention.