Buses. Buses and markets. Markets for buses. It’s not a topic I have spent much time thinking about. But it’s been on my mind. And it’s my own fault. 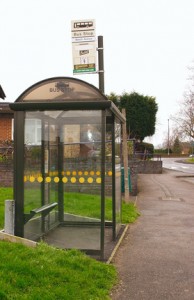 Last week I ran a session with some students discussing the economic critique of government and its consequences, mostly privatisation. One point we explore is that an understanding of why an activity is in the public sector in the first place can be helpful in anticipating what will happen when it is transferred to the private sector. If we’re talking lame duck industry nationalised to stop it going under then we’d expect one sort of outcome from privatisation. If we are privatising the production of a good subject to one of the classic technical market failures – public goods, externalities, information failures, failures of competition – then if we’re not careful with regulation it is likely that the problems of inadequate coverage, undersupply, or whatever will reassert themselves pretty quickly. There is a need to descend from abstract pronouncements about the benefits of private markets to thinking about the characteristics of specific markets and industries. It’s not rocket science, in the context.

This year we had a look at the recent Competition Commission investigation into local bus services outside London, published just before Christmas, as an example of economics ‘in action’ in a policy context. The local bus market has too complex and varied a history to summarise it as a straightforward example of privatisation. It was in some areas, but not necessarily everywhere. But it is certainly an example of Thatcher-era deregulation in pursuit of competition. And most local bus services are now in private ownership, although significant sums of public money find their way to the market through concessionary fares, supported services, Bus Service Operators Grant and through more specific local and infrastructure initiatives. The market was referred to the Competition Commission by the Office of Fair Trading in 2010 under the Enterprise Act 2002.

This sounds like pretty dry stuff. But in fact the report is fascinating. It offers a huge amount of material to reflect upon the strengths and weaknesses, the potential and limitations, of markets.

I know competition in my local area is pretty limited and buses are expensive. But it is clear that this situation is duplicated right across the country.

Overall there were significant barriers to entry, including sunk costs that are variable and uncertainty but can be substantial. The market is therefore in effect neither competitive nor contestable.

The Competition Commission also found examples of tacit, or explicit, collusion. Bus operators in neighbouring areas can come to an understanding that they will divide up a region and not infringe on each others’ territory. You can’t help but hear echoes of Adam Smith’s famous quote:

People of the same trade seldom meet together, even for merriment and diversion, but the conversation ends in a conspiracy against the public, or in some contrivance to raise prices.

Some of the Competition Commission’s findings felt like they came from the Wild West not twenty-first century Britain:

We found that there were some aspects of competitive conduct which were undertaken to diminish a rival’s ability to offer its service but which delivered no benefit to customers. We term this category of conduct ‘cheap’ exclusion. Examples of ‘cheap’ exclusion include obstruction of a rival’s services, for example through deliberately blocking or delaying their services on the road, preventing them from using bus stops and stands, intimidating drivers, causing damage to a rival’s vehicles, depots or other facilities, removing rival operators’ publicity and timetables, providing misinformation about a rival’s services to passengers, imitating a rival (such as copying its livery), or guiding passengers at a bus stop away from boarding a rival’s services. Cheap exclusion restricts head-to-head competition and the constraints from potential competition and new entry. We found that, despite it being to some extent subject to the powers of the Traffic Commissioners and other legal constraints, incidents of cheap exclusion are still observed.

Some bus passengers plan their journey in advance and compare suppliers. Many just turn up at the bus stop. Once they get there consumers are relatively insensitive to price. They simply want to catch the next bus to their destination. So this doesn’t exert any discipline on suppliers’ pricing behaviour.

The only effective long term competition to buses appears to come in areas with mass transit systems such as trams. Buses are not really competing with private cars.

As simple economic theory would predict, the Competition Commission found that bus operators who accounted for a large part of a market with significant barriers to entry could be highly profitable. They were able to earn “profits that were persistently above the cost of capital”.

After laying out this range of problems the Competition Commission proposed remedies under three headings: market-opening measures for commercial bus services; measures to promote competition in supported services; and recommendations about the policy and regulatory environment (summarised on pp11-13 of the final report). These measures struck me as extremely modest relative to the scale of the problem. Change to ticketing arrangements and increasing access to bus stations is fair enough. The idea that it might be nice to have a code of conduct and ask operators to abide by it is laudable, but strikes me as rather touchingly naïve. And so on.

And here’s the problem. The Competition Commission’s role is, of course, restricted to analysing the state of the market and making recommendations about changes that can enhance competitiveness. Yet, reading through the document and thinking about the nature of this market, you get the strong sense that this is rather barking up the wrong tree. Or paddling against a strong tide in a small dinghy. Looked at more expansively the obvious conclusion is that, for a range of reasons, the local bus market is more akin to a natural monopoly. Some local authorities are currently looking to abandon the tendering approach to supported services and move to franchising. While the Competition Commission doesn’t support this approach, it would appear to indicate that some have concluded that seeking competition in the market has failed and the best you can aim for is competition for the market.

A thorough-going franchising approach may well be the best solution if one is obliged to hold to the current policy framework. But it is equally plausible to argue that the framework is wrong. The nature of local bus provision is such that the only way to avoid the sort of widespread profiteering and consumer detriment identified by the Competition Commission would be to return to a world of municipal bus companies run for the people rather than profit. Nationalisation? The policy that dare not speak its name.

Unless we’re talking about banks, of course.