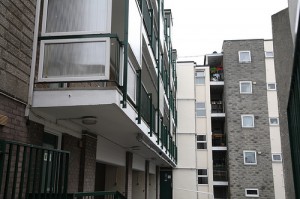 There is little doubt that IDS’s pet project – welfare reform – is having a significant impact on the lives of some of the most disadvantaged members of our society. And for every case where we might conclude that impact is positive, it would appear there is a substantial pile of cases where the impact is negative.

The Work and Pensions Select Committee made some pointed remarks about the emerging picture last week, including offering recommendations on mechanisms for mitigating some of the worst effects. It will be a while before we see the official DWP response.

Today the Joseph Rowntree Foundation launches two reports addressing different aspects of the welfare reform agenda as they affect the social housing sector. These reports are the first outputs from the Foundation’s housing and poverty research programme.*

In between these two report launches we’ve had the pleasure of witnessing IDS face Andrew Marr for yet another session of the interviewer equivalent of underarm bowling. I’ve had words about that before.

Welfare reform is anticipated by Government to have an impact upon the behaviour and economic circumstances of individual households and, as a consequence, upon the public finances. The ostensible aim is more economic activity, better stock utilization, and saving public money. The critics have been sceptical on all fronts since the very beginning.

And so, it seems, it is coming to pass.

Steve Wilcox examines the specific issue of the housing benefit changes variously known as the bedroom tax, the spare room subsidy, or the social sector size criteria. Wilcox has decided to introduce a further term to the lexicon – the “Housing Benefit size criteria”.

The research addressed the impacts of the policy upon tenants and landlords, as well as pointing out the vagaries of Discretionary Housing Payments as the cornerstone of the system of support for the most vulnerable.

The headline findings are that the policy is affecting fewer households than expected and that most of the affected households have stayed put. As a consequence of fewer households being affected savings to DWP are likely to be £115 million below target in the first year. Of the households who have stayed put, around half have some rent arrears as a result of the policy. During the first six months only 6% of households affected by the Housing Benefit size criteria moved to avoid it. In many areas those seeking to move were frustrated by a shortage of smaller homes.

Wilcox identifies several concerns about the size criteria, some of which were picked up last week by the Work and Pensions Committee. These include the failure to specify minimum sizes for bedrooms and distinguish bedrooms from bedspaces. This can result in children, in particular, finding themselves crowded.

On the landlord side it is clear that landlords are incurring a range of additional costs. These include additional cost of managing rent collection, rent arrears and repairs linked to reletting properties, as well as spending more on welfare support.

If the Government refuses to see the error of its ways and get rid of the Housing Benefit size criteria, there are nonetheless changes that would make it less disastrous for the most vulnerable. Here again Wilcox echoes some of the options that had crossed the Work and Pensions Committee radar. He identifies a range of possible reforms including: “clearer provision for households with disabled members, redefined space standards, and requiring landlords to offer alternative accommodation before applying the size criteria”.

Wilcox sums up the situation pithily when he observes:

The savings from the size criteria are modest, and will decline over time, but they have been achieved at disproportionate costs for tenants and landlords.

The second JRF report has been produced by Anne Power and colleagues at the LSE and looks at the impact of the broader welfare reform agenda upon social housing landlords and tenants.

As the researchers observe:

Reforms such as the Housing Benefit size criteria, changes to Council Tax charges and benefit cuts are all changing the way social landlords relate to their tenants and how tenants manage. The benefits system is becoming tougher and tighter, with more sanctions, reclassifications, exclusions and suspensions of payments.

But it is not simply that tenants are facing cuts in income – regardless of whether they are in or out of work – they are also facing rising costs, with energy costs being a key issue.

Tenants are cutting back. They are cutting back on food and energy. As the incidence of poverty increases it brings with it “anxiety, debt and health problems”. While people are drawing heavily on social networks for help, the use of food banks is becoming essential for survival.

The LSE research team frame the consequence of this in an interesting way:

There is more tenant training, advice on finances and more interaction between tenants and social landlords. Housing associations are refocussing on front line, face-to-face contact and community support.

Yet, even with the closer relationships and the extra effort, both tenants and landlords expect evictions to rise.

The bigger picture on housing is, of course, the need to increase housing supply. One of the topics of discussion in the social housing world for a while now is the way that welfare reform has changed the profile of risks facing landlords. And whether this new world makes developing new property less attractive or, quite possibly for some, no longer feasible.

The LSE research gives a sense of landlords turning inward. They have to focus upon existing property and their current tenants to make sure the business stays viable. There is less capacity to provide new homes.

Equally urgently, the research highlights another approach to risk management. A landlord can put a lot more effort into working with tenants in order to ensure that they are able to continue paying the rent. Or they can simply change the profile of the households they are letting the properties to. The latter strategy is, from the landlord’s perspective, lower maintenance. The research found evidence that landlords are increasingly making new lettings to households who are going to be able to pay the rent with less difficulty. This raises one of the biggest and most urgent questions we currently face: in this new world, where are the poorest going to live?

The JRF reports lend further weight to the concerns about welfare reform. While the picture may not be unremittingly negative, it isn’t far off.  These policies are already imposing huge costs on some of the most disadvantaged people in society. And the LSE research picked up a strong sense that few in the field are looking forward to Universal Credit and expecting it to have a positive impact on the situation.

It would appear that it’s not the case that things can only get better.

* I should declare that I am a member of the Advisory Board for this programme.