The Bedroom Tax vote: Sticking the knife into the LibDems 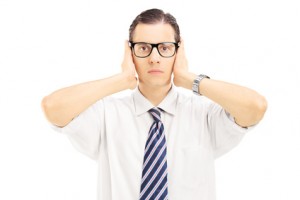 And so it came to pass. Almost as you would have anticipated. Labour’s bid to win today’s vote against the so-called “bedroom tax” was defeated. There was speculation during the day about how many Liberal Democrats would vote with Labour. The answer, when it came, was two.

The Government majority was reduced to 26, but that was enough. It is hard to treat that specific number as particularly meaningful. If the major parties had anticipated the vote might be close then their whipping operations would have been rather more apparent and rather more urgent.

Labour cannot have started the day – or even the week – thinking that they were going to win. It is hard to tell whether they ever thought that was likely. Previous experience suggests that what was likely to happen was that the Liberal Democrats would make quite a few sympathetic and anguished noises about the negative impacts of a Tory-inspired coalition policy; then go on and vote for it anyway, particularly in a non-binding vote like today’s. So it is more likely that the principal Labour objective was to discomfit the Liberal Democrats as much as possible.

Labour knew that the Liberal Democrat Autumn Conference pretty much unanimously passed a motion highly critical of the way the underoccupancy penalty is being implemented. It called for the party to urgently evaluate the negative impacts of the policy and do more to mitigate them.

But Labour equally knew that IDS wasn’t likely to budge on the issue.

Forcing a debate onto the floor of the House through an Opposition Day Motion would mean that the Liberal Democrats were going to have to choose whether they voted with their own government or in line with their party policy and/or, possibly, with their conscience.

Yet, the scene didn’t quite play out as we might have anticipated.

Once we knew that IDS wasn’t going to have the courage to come to the House and defend his policy a substitute was going to have to kick off for the Government. I’m not sure how many people would have anticipated the substitute being Steve Webb, given that the bedroom tax doesn’t fall within his policy brief. Webb also had to introduce the Government’s position on the economy motion at Liberal Democrat Autumn conference. We can only imagine that he is being forced to make amends for some truly heinous offence against the powers-that-be.

More importantly, the Liberal Democrat vote panned out rather differently to the way that I, at least, anticipated. I assumed that the payroll vote would all trot obediently through the lobby with the Tories and that if any MPs were going to join Labour in the lobby then they were going to come from the backbenches.

The route to a much reduced Government majority didn’t turn out quite like that. The primary cause was MPs not voting for or against. And quite a few of those who did not express a view on the Labour motion one way or the other were prominent Liberal Democrat members of the Government, including Danny Alexander, Vince Cable, Nick Clegg, Lynne Featherstone and David Laws. It isn’t clear whether these are absences or abstentions.

Most Ministers and Junior Ministers, along with most of the backbenchers, voted with the Tories.

Most of those spoken of as possible rebels, including one or two who appeared to have stated publicly they were opposed, didn’t fulfil the speculation. Only Tim Farron and Andrew George voted against.

This is a disappointing outcome for anyone who hoped that, even if the payroll vote felt obliged to toe the Tory line, the Liberal Democrat backbenches would show a bit of gumption and stand against the policy.

For let’s not forget that this isn’t just an amusing parlour game. While there may be relatively little dissent from the broad principle underpinning this policy, the insensitive way in which it is being implemented is disastrous. It is utterly rancid. The negative impact on the lives of many thousands of vulnerable households is severe. The examples of thoroughly deserving households being thrown into very real difficulties by the policy are piling up. People are committing suicide as a result of the policy. Or even as a result of the fear that they might be affected and lose their family home.

Those who throw back at Labour the argument that they introduced a similar policy in the private rented sector so they have nothing to complain about either fail to grasp – or conveniently ignore – the fact that Labour’s local housing allowance was introduced for new claimants only. Existing claimants did not have their benefit cut so that they could no longer afford to stay in their home. That makes an enormous difference to the impact and the unfairness of the policy.

The Liberal Democrat Parliamentary party will no doubt argue that they were prioritizing continuing participation in the Coalition over the thrust of party policy or succumbing to anything as weak-willed as empathy with the victims.

But it is interesting to reflect whether that is a sensible long term strategy. I was struck but a couple of tweets today from Sunny Hundal:

Astonishing how many LibDems backbenchers are willing to toe line and support govt, even on #bedroomtax. Political equivalent of doormats

… on the plus side, if Labour go into a Coalition with Lib Dems in 2015, we now know they’ll be easy to ignore once in power.

Sunny, of course, has an agenda. But that doesn’t detract from the point.

Win the battle but lose the war?