The car crash Coalition and the corrosion of democracy 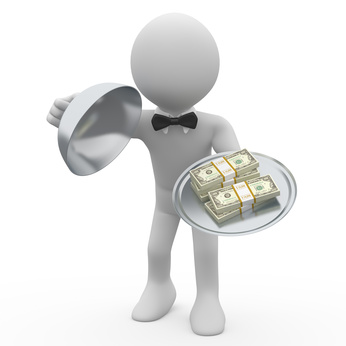 Is this Government corrupt? It depends on how you define corrupt. If the focus is upon demonstrable criminality then the answer would have to be no. More pertinently, is it corrupting?

Recent events should concern anyone who believes that healthy democratic practice is important for a healthy society. I wrote several months ago that the Government already had a Fin de siecle feel to it. If anything the evidence of sharp practice is arriving ever more frequently.

Last week we had the final act in the drama of the Health and Social Care Bill. The Coalition persisted in the face of almost unanimous opposition from everyone apart from private health care providers to force the law on to the statute books. Democracy sustained serious collateral damage in the process.

The Bill’s denouement featured what can only be described as a complete volte face by the Lib Dems on the issue of freedom of information. They shored up Conservative opposition to the release of the NHS risk register in the face of the Information Commissioner’s instruction to do so. It may have been a relatively small subplot in the whole saga, but it was further evidence that the Lib Dems are willing to compromise just about any and every apparently firmly-held principle – in this case the importance of transparency in Government and, indeed, respect for the rule of law.

Then we had the budget. Last week’s budget may or may not have been a budget for the rich. It was certainly a budget that was badly mishandled. The portrayal of the changes to tax relief for older people – the so-called Granny Tax – as a tax simplification was not just foolish but counterproductive. Having leaked almost everything else of interest, comment was inevitably drawn to this proposal. Personally I don’t think the policy is an unreasonable way to pay for reducing the tax burden on younger poorer households. But the case should have been made. Instead of addressing it directly the Chancellor tried to misdirect by calling it a tax simplification. In one deft move George Osborne manages to create the impression of sharp practice, and everything else he says is viewed with even greater suspicion.

I disliked Mrs Thatcher’s Government intensely, but at least they were honest enough to ‘fess up to what they were doing and then tough it out.

And, of course, by cutting the 50p tax rate in the same budget, on the basis of some highly contestable ‘independent’ evidence, George Osborne offered critics an easy target. Just staple the two policies together and you have a narrative about granny paying for the Conservatives’ rich friends to line their pockets. There’s no doubt about it, strategic genius at work.

The budget has now been superseded by the Cash for Access scandal. This episode is so sordid and so serious it is hard to know where to start.

The practice of paying significant sums of money to dine with the Prime Minister in his publicly funded grace and favour apartment is in itself an affront to democracy. And it is hard to believe anyone is credulous enough to think donors are not looking for a return on their investment.

That Cameron tried to justify the practice by saying that he was only dining with old friends – as if that made it better – suggests he’s more out of touch with public sentiment than you might have suspected.

The proposal that the only response needed is a Tory party internal inquiry is a complete failure to understand the seriousness of the issue.

The failure of the Prime Minister to turn up at the Commons to answer questions on the issue appeared nothing other than cowardly.

For the Murdoch newspapers to appear to be going after Cameron in the first place has all the hallmarks of revenge. It says something important and worrying about the power of the media and the threat posed to democracy, if any further proof of the problem were required.

Sending Francis Maude and Michael Fallon to tour the television and radio news studios may have been seen as a good way of managing a crisis in the short term. Both have played it very well. If, by very well, you mean completely failing to answer any questions put to them and setting up a diversionary smokescreen by shouting “What about Bernie Ecclestone?”, “Trade Unions”, “Labour are just as bad”, “Libdems’ main funder is a criminal!”, “Don’t forget 1997 – Bernie Eccleston, did I mention him?” at every opportunity. At least the notion of the “kitchen supper” has entered the lexicon of the lower orders. I’m sure we should be thankful for that.

Fallon’s performance on Newsnight yesterday was textbook. Paxo was in relatively combative form, but Fallon basically blustered and refused to concede any ground on Cash for Access, trying to place all the blame on an inexperienced, rogue chief fundraiser, and using every opportunity to change the subject to talk about Labour and the Trade Unions. He did something very similar on the Sunday Politics.

It may be that CCHQ were slapping him on the back for these performances. Job well done.

But every time we witness this type of encounter it degrades political discourse and does the cause of democracy no good. It just reinforces the widely-held view that politicians are slippery dishonest chancers with a hidden agenda – in it for themselves and their friends. Even when caught with their trousers down, they’ll deny they’re up to anything.

And then last night we had what looked suspiciously like someone pushing the panic button. In case of emergency break glass. An early draft of the NHS risk register was suddenly leaked.

The register is a wall of red and amber. It is every bit as horrible as critics had anticipated. It at least demonstrates that civil servants were doing their job. They were flagging up to Ministers many of the same issues and concerns as the critics of the policy were raising, and in equally urgent terms. From a project management point of view, looking at the early risk register one could only conclude that this was an immensely risky venture. Indeed, faced with a risk register like that I suspect many experienced managers would have concluded that the project was a non-starter. Yet, Ministers continued to deny there was a problem. Perhaps their primary concern is not, in fact, successful delivery. Perish the thought.

If anything could be relied upon to create a distraction from the cash for access issue then publishing the risk register looks custom-made.

But surely it’s impossible to imagine that the leak was intended to create such a diversion? Conspiracy theory ahoy! Well, perhaps it’s not that hard. Especially when the version leaked was an early draft. That will allow the Government to dismiss it at a later date as not at all informative. Thinking had evolved prior to implementation. Risks had been appropriately mitigated. Move along; nothing to see here. So the ‘real’ damage caused to the Government is limited.

That may be true. But it appears from the polls this week that the electorate’s dislike of Tory sleaze has outweighed their fear of Labour’s economic incompetence. Whether that sleaze effect will last is another matter.

In many ways I am less concerned about short term political advantage than I am about the corrosive effect that this Government is having on democratic practice and belief in the value of democracy itself. From that perspective I believe it has already been a disaster. Were politicians ever held in high regard? I’ve no idea. But it’s clear that they are now viewed by many as contemptible. The Coalition is, as they say in football, bringing the whole game in to disrepute.

The Coalition is turning in to a bit of a car crash. The gaffes and the exposé seem to be arriving more frequently, as do the signs of friction between the parties. One can only imagine what has yet to be unearthed or the horrors that await us if the Parliament goes to its full term. But I suspect the long term damage to democracy will be grievous.