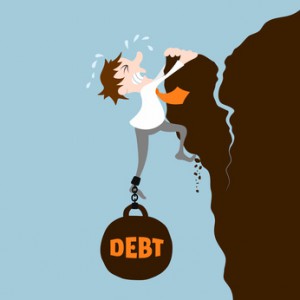 Recent economic news is unlikely to fill many with Christmas cheer. Estimates of recent growth have been revised downwards. The current account has deteriorated sharply. The deficit is now in “worst since records began” territory. And it is consumer spending, rather than investment, that is sustaining the growth that is occurring.

Most news outlets seem to have focused on the current account deficit. Whether the deficit is bad news or not can be debated. Most commentators take it to be a bad sign – Britain isn’t paying its way – whereas contrarians such as Tim Worstall at Forbes argue that under floating exchange rates the current account situation shouldn’t necessarily be a major cause for concern. The complementary capital account surplus brings matters into balance and all is right with the world. I suspect that that position is rather too complacent: the long-term sustainability and desirability of ignoring the current account is by no means self-evident. But that is a discussion for another day.

I was intrigued by the way in which the growth figures are being narrated in some quarters.

The spin is that, in the face of continuing weak income growth, households are “dipping in to their savings” in order to sustain spending levels (eg here). This is not an unusual way of framing what’s going on. But when you think about it it’s a bit odd. Because a substantial proportion of households don’t have any savings. And I don’t think this type of account is making some more subtle point about discretionary dissaving drawing on a model of consumption smoothing over the lifecycle. I guess it is just a more palatable interpretation than the alternative – which is that UK households are loading up on debt again.

That reminded me of the recent publication by the Political Economy Research Centre at Goldsmiths on the New Politics of Indebtedness in Britain. This is a report that seeks to examine the “defining feature of the contemporary British economy “ – the vast expanse of private debt – about which the authors feel there is a public policy conspiracy of silence.

The starting point is that policy relies upon private households taking on more and more debt in many and varied forms, so no one among the political elite has an incentive to face the reality of the situation. The authors also consider that many of the arguments against innovative approaches to dealing with debt – based on the moral hazard generated by various types of debt forgiveness – have been fatally undermined by the fact that governments have been highly partial in their treatment of debt: there are moralising demands for households to repay what is owed, while bankers are able to get away without being held to account for their irresponsible lending and borrowing.  Hence debt is, inevitably, political.

The report is written from a strong value position, could have been more closely argued, and at times is framed rather apocalyptically:

It is now common knowledge that the UK economy is nearing a precipitous stage and that we simply cannot continue on like this. We are sleepwalking into an economic oblivion and the powers-that‐be are doing absolutely nothing to stop it.

I have considerable sympathy with the argument that, heavily reliant as it is on higher and higher levels of private leverage to deliver growth, the current structure of the UK economy is unsustainable. We all agreed that was the case after the 2007-08 global economic crisis, but somehow no one has really got around to doing anything about it. It doesn’t seem to me to be a wild flight of fantasy to suggest that at some point in the not too distant future the whole thing is going to fall over. It may only take interest rates to tick up a couple of notches and things will start to get very sticky indeed for millions of households.

The PERC report provides a valuable brief overview of the assistance available to help households deal with debt. The top-down support, which individualises the problem, are only too evidently insufficient. Indeed, if anything the Government appears determined to further erode an already threadbare safety net in ways that push households towards taking on more debt they can ill afford. Debt management initiatives originating in civil society can be proactive and innovative, but are inevitably relatively small scale. The report identifies a range of activities designed to foster debt resistance or resilience, including the role played by peer to peer digital networks in offering expertise borne of experience and less conventional types of support.

It would be unfortunate if the rather strident tone of the report were to reduce its readership. The core point is one of considerable importance.  How we might cope when the precarious finances of a multitude of households implode, as very likely they will, justifies urgent consideration.

And the broader conversation about how we might move to a sustainable economic model that doesn’t rely on the whole society being marinaded in debt is one that needs to occur, even if national politicians are disinclined to engage with it.