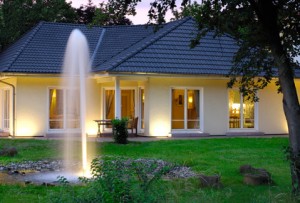 Over the last few years Policy Exchange has been a prolific contributor to the debate over the direction of housing policy. As regular readers will know, I have not always been entirely complimentary about those contributions. In particular the PX regularly exhibits an unhealthy fixation with the planning system as the source of Britain’s housing supply woes. I’m not aware of anyone who thinks the planning system is perfect, but to lay the blame entirely at its doorstep is too simplistic. I suspect PX knows that full well: its work on other aspects of housing supply shows a more sophisticated understanding of the interlocking problems that have led the system to its current parlous state. I can only assume that it is somehow constitutionally obliged to have a dig at “top down, centralised planning” in all housing-related publications.

Planning is again the bogeyman in the most recent brief PX publication on Housing and Intergenerational Fairness, produced for Hanover. But its invocation is rather incidental and a little half-hearted. The discussion treats planning as both more inflexible and less contextualised than it is. That is the case regarding the discussion of density. Planning systems may well have specified (re)development at higher densities. But that is not a timeless given. It is part of a broader agenda driven by concerns for sustainable, compact cities rather than sprawl and long-term energy dependence. It is not simply caprice on the part of planners.

Anyway, the critique of the planning system is not really central to the contribution the new publication makes to the debate.

On my reading the piece makes three useful contributions.

First, it provides one of the best brief overviews of the social and economic consequences of the dysfunctional UK housing market that I’ve read. We can quibble about some of the individual points made along the way, but, overall, it does a very good job as a call to urgent action on housing.

Second, it provides an important reminder about the incentives for older people to trade down to smaller properties in later life. Putting some numbers on the issue reminds us that there is already a substantial financial advantage to trading down – a considerable six-figure sum in the south east of England – and yet it doesn’t happen as often as it needs to if we are to free up family sized stock for families with children. Something else stands in the way. I would suggest that the explanation is complex, and it needs to include some reference to uncertainties about the cost of long-term care in later life. The PX points primarily to the absence of acceptable smaller dwellings.

And that leads to its third useful contribution. The PX argument is that part of the problem is an absence of bungalows. Very few have been built in recent years, in part because of edicts about density. Yet they are popular in general, and popular with older people in particular. The argument is that if more bungalows were built then there would be more trading down in later life and that would free up the system. Encouraging more self-build would, it is implied, enhance the effect. Presumably by allowing things to become a bit more vernacular.

I like the bungalow argument. Not necessarily because I agree with the idea that we need more bungalows specifically, although I’ve lived in a bungalow and it was, y’know, alright. The more general point is that the key to the problem is appropriate, good quality accommodation available locally.

The argument opens up the dimensions of the debate and invites exploration. It raises questions about housing consumer preferences and the extent to which they should drive the system. And the extent to which they are resilient in the face of alternative policy aspirations. Housing policy might think in terms of the desirability of building flexible lifetime homes that can accommodate people of all ages. It might also see building at greater density to be a key part of a broader environmental agenda. But what if this runs hard up against engrained cultural presumptions which mean such homes don’t find favour with key consumer groups?

Building with lower densities and fewer floors might be the only way to entice older people to downsize in the sort of numbers required to improve access and affordability for younger people. That would most likely have serious implications for the broader agendas around the environment and sustainable settlements.

It would also, clearly, be only one part of the solution to the UK’s housing supply and affordability problem. But it strikes me that asking whether we have struck the balance in the right place on issues of supply and sustainability is useful. The PX don’t quite construct the issue in that way – but that is implicit in what they are proposing.

Of course, arriving at a satisfactory answer to the question is a rather more subtle task.