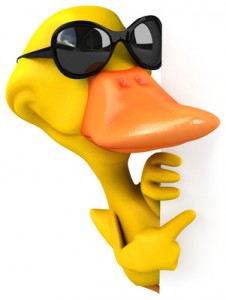 With independent journalism increasingly under threat, will academics be the next set of critical voices to be targeted? A report calling for research and evidence to have a reduced role in public policy, issued yesterday by a right-wing think-tank, suggests this process is already under way.

These criticisms come after successive governments have sought to encourage academics to leave their ivory towers and influence the wider world. Right now, many academics around the country are knee-deep in final preparations for the next round of research funding. This time around we’ve the additional task of demonstrating how our research has had an impact on the world beyond the academy. In many fields, including my own, that impact is on policy.

At the same time, the government is in the process of establishing a network of “what works” evidence centres for social policy. This government’s commitment to evidence-based policy is perhaps less secure than its precedessor’s, but the idea that research evidence should play a role in policy making remains.

Since the turn of the millennium this greater focus upon evidence has been welcomed by many as signalling a move towards better quality policy, although there has been a lively debate in the academic literature over the feasibility and desirability of evidence-based policy making.

The intervention by the free-market Institute of Economic Affairs (IEA) is rather more sceptical. Their report, written by Jamie Whyte, is titled “Quack Policy: Abusing science in the cause of paternalism”. The document examines four policy areas with a view to demonstrating that scientific input into policy should be given less – or no – credence because it fails to meet the standards of science.

One can only imagine that the fact the four areas chosen – minimum alcohol pricing, passive smoking, climate change, happiness research – line up pretty closely with well-established libertarian obsessions is entirely coincidental because, as the foreword assures us, the IEA has no corporate view.

As so often with IEA publications, Quack Policy contains some perfectly reasonable points in among the more problematic arguments. In this case it has some sensible general points to make about the correct way to do a cost-benefit analysis, scientific certainty and robustness, credulity, and the dangers of lay audiences accepting arguments from authority.

But there is much that is highly questionable about the argument overall. One of Whyte’s concerns, for instance, is “expertise slippage”: the danger of researchers well-qualified in one discipline offering relatively untutored and ill-informed observations in another.

That is of course a real danger. And yet it is equally a danger for Quack Policy. Whyte is a philosopher who knows some welfare economics. But that hardly gives him the resources to dismiss the evidence base across a wide range of research areas, examined relatively superficially.

It is easy to pick further holes in the argument. Few of Whyte’s own counter arguments are evidence-based in the way he demands of “science”, so presumably they should be dismissed. The report seems to switch position in mid-argument on whether preferences are fixed or endogenous. The microeconomics deployed either ignores or rejects most of what we have learned from behavioural economics about market or decision-making imperfections, even though some of these core concepts are now well-established empirically.

Whyte sees pre-twentieth century physics as the template for dividing the world into science and non-science, and finds almost everything else falls short. But in the process he seems to be working with a relatively outmoded understanding of how science operates in practice and how knowledge accumulates.

More important than the content of this publication is its purpose. And we might want to think about that in its broader context.

We have a government that has intentionally opened up policy in a range of areas to detailed influence from industry bodies, while seeking to maintain minimal transparency. It is also seeking to constrain access to legal mechanisms for reviewing its decisions.

We are currently exploring the aftermath of the Miranda incident, which looks very like something geared to have a chilling effect on investigative journalism. It poses searching questions about the freedom of the press and the accountability of the surveillance state. There is more than a suggestion that concerted efforts to insulate political and economic elites from criticism are underway.

In this context, Quack Policy might be interpreted as the beginning of an attempt to discredit another alternative voice in society: ignore what emerges from the academy because most of it isn’t real science just special pleading by self-aggrandising and paternalist busybodies – or “list utilitarians”, as Whyte describes them.

I suspect the IEA wouldn’t see it that way. Whyte argues:

Someone who has gone through the intellectual process required to get a PhD in … some of the more politicised branches of sociology … will probably have reduced his chances of uttering truths: he will have corrupted his mind.

My comments would probably be dismissed as being of the same stripe. That would be entirely consistent: both with his thesis and mine.

Alex Marsh has in the past received funding to undertake research and provide expert advice from the Department for Communities and Local Government, and its predecessors, and from the Law Commission.

This article was originally published at The Conversation.
Read the original article.