On mountains and motivation 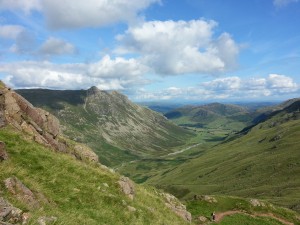 Why do we do the things we do? I’ve been away in the Lake District over the last week and I’ve returned to thinking about this question. Toiling up some of the steeper parts of England, sweating profusely and with leg muscles begging for a respite is a heck of a workout but it isn’t everyone’s idea of fun. Throw in the fact that the weather provides the occasional soaking and that there’s a better than even chance that when you get to the top you won’t be able to see anything anyway.

I suspect that most people would find it rather more enticing to spend the time chilling in a hammock at the beach.

I was reminded of a paper by George Loewenstein published a while ago in Kyklos.

In Because it is there: The challenge of mountaineering … for utility theory (subscription req) Loewenstein notes that while standard utility theory defines individual welfare in terms of consumption there are activities that cannot easily be fitted into that framework. Loewenstein offers mountaineering as an extreme example. It is an activity that would appear to offer little other than unrelenting misery, pain and danger from beginning to end. There don’t appear to be any consumption benefits.

Fell walking is in no way comparable to the genuinely life-threatening practice of mountaineering. But it gives a tiny hint of what it must be like. At least it does for me. 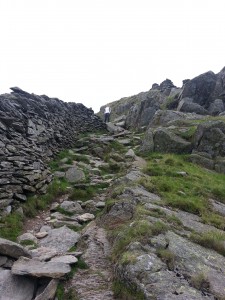 Loewenstein explores the possibilities that the attractions of mountaineering must be sought somewhere other than in consumption – in self-signalling, the drive to goal completion, mastery of the task, the search for meaning. Loewenstein argues that while mountaineering may be an extreme, these non-consumption motivations are of much more general application in understanding behaviour.

Behavioural economics, of which Loewenstein is a leading exponent, has sought to broaden the conception of decision-making to recognise factors other than utility from direct consumption. Some of the most well-developed work looks at peer group effects and comparative consumption. Some of the most interesting recent work tries to capture the role of self-identity in economic models. The argument is that founding economic models on different, richer psychological foundations will pay dividends in enhanced understanding of the way the economy functions.

While behavioural economics is innovating by broadening out the conception of decision making, this is also a process of rediscovery. It is about recovering some venerable ideas: ideas that were integral to the original articulation of utility theory. As Loewenstein points out (p.317, emphasis original):

Bentham did not view consumption as all-important. Although the first two sources of utility in his list – pleasures of sense and pleasures of wealth – do seem to fit into an inclusive conception of consumption, the seven that follow do not. These are the pleasures of skill, self-recommendation, a good name, power, piety, benevolence, and malevolence.

The history of microeconomic model building over much of the twentieth century has been one of prioritising formal technique over preserving the richness of the ontology:

In the classic case of searching for the wallet under the lamp-post, these motives have been left out of most economists’ utility functions, not because their importance is denied, but because they are difficult to formalize in decision-theoretic terms.

The conventional response to this argument within economics is to argue that realism of microfoundations is irrelevant, as long as theories can deliver accuracy in predictions of market behaviour. There is no need for economics to embrace psychology. The two disciplines have different objectives, and economics can achieve its objective of understanding markets without needed to make models of decision-making more “realistic”.

But it is precisely the deficiencies in the understanding of the behaviour of real markets and consumer behaviour that exploring alternatives is so necessary. And it is misconceived to think that economics can escape psychology. As Loewenstein argues of mainstream economists (p.335):

… some holdouts in the profession persist in the desire to strip economics of underlying psychology. The point that they fail to understand is that psychology and economics are inextricably linked. Utility maximization, which lies at the heart of neoclassical economics, is a psychological theory of behavior. It states that human behavior can be explained as an attempt to achieve a certain goal, whether it be happiness (in the Benthamite account) or satisfaction of preferences (from the ordinal utility perspective). The ordinal utility/revealed preference approach does not divorce economics from psychology, but builds economics up from a hollow foundation. The issue is not whether economics will be based on psychology or not, but whether it will be grounded in good psychology or bad psychology.

Since 1999 when Loewenstein was writing the picture has changed significantly. Behavioural economics has moved even further towards being incorporated in to mainstream debates. The resistance to taking psychology seriously has weakened. It features prominently in the leading edge research agenda. And it edges towards integration into the undergraduate curriculum.

But there is plenty more to be done to integrate non-consumption-based motivations and build an alternative economic understanding to challenge the edifice of conventional models. Perhaps then fell walking – or even mountaineering – can be brought within the compass of the explanation. 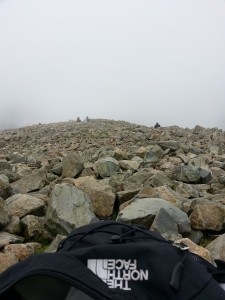