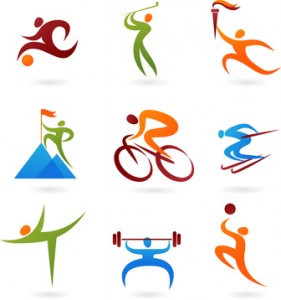 I have to confess I’m a bit of an Olympo-sceptic. Not about the Olympic Games themselves. Every four years I watch the Games rather obsessively. I’m particularly partial to athletics. It is here that you can witness some monumental individual achievements wrought from aptitude honed by unwavering dedication. The only thing that detracts from enjoyment is the ever-present suspicion about doping, which can unjustifiably taint genuine excellence.

I’m sure my enjoyment of athletics is in part because it is the only televised sport that I’ve ever really participated in, having for many years been a club runner – albeit one who was, at his peak, distinctly mediocre.

It’s not so much the sport I’m sceptical about but the claims that the Games will transform the country for the better and have a lasting impact on economy and society.

It would be churlish not to wish that will be the case. But it would be reasonable to ask by precisely what mechanisms it might be achieved. Especially as the evidence from previous Games suggests that the long-term impacts were limited.

On yesterday’s Newsnight Jeremy Hunt was characteristically vague and evasive when pressed on the long-term economic benefits from the Games. He was no more illuminating on the question of where we might find a school that insists on “prizes for everyone” in a way the Government condemns for undermining achievement in competitive sport.

Mr Cameron’s proclamations that primary age children should experience two hours of competitive sport a week are all very well, but that would appear to be largely equivalent to saying that the Government should reinstate the system that was in place when they came power and decided they didn’t like Labour’s School Sports Partnerships. This may well be a good thing. But it is unlikely to be transformational.

We also need to keep in mind what we’re trying to achieve here. With the best will in the world very few of us are going to compete in elite sport. And a tiny fraction of those who do will make it to major international competition. However, many of us can enjoy sport recreationally and many more can be more physically active than we currently are. And physical activity is much broader than sport. If we focus on organised sport then that immediately increases the barriers to participation and it constrains physical activity to certain specific and circumscribed times. As my colleagues at the Centre for Exercise, Nutrition and Health Sciences have demonstrated, changing lifestyles to include practices such as active commuting – and cycling rather than walking – can not only integrate more physical activity into daily life but also, in doing so, deliver significant health benefits. 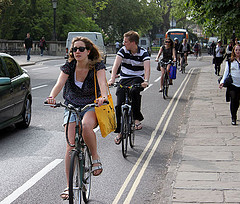 Making physical activity fun, non-intimidating and accessible is more important than fostering a keen competitive edge. And a more physically active population would make a key contribution to improved public health and reduced demands upon health services. If some excel then, of course, there should be mechanisms for encouraging them to develop further and become genuinely competitive. But the system cannot sensibly be focused upon those gifted few.

Let’s be positive. I went to the gym last night and it was extremely busy. There were probably three times more people there than usual. And there were three or four groups having inductions. Clearly these are people venturing into the gym for the first time. There is something both pleasing and important about seeing the 45kg women in yoga trousers taking their place on the machines alongside the sweaty guys in the skimpy vests who are as wide as they are tall. Don’t be intimidated. Lifting 5kgs is great, if that’s what you’re about. You don’t have to be able to press 100kg to justify your presence. Do your own thing.

Many of the new members were twenty-somethings or younger. That’s great. Let’s hope they keep coming and develop a taste for a bit of strenuous physical activity. And let’s hope it carries over beyond the gym.

Perhaps this is an Olympic effect. If so then perhaps my scepticism, in this respect at least, is misplaced. I hope so.

I’ll be off for a run later today. Mo Farah is an inspirational figure in many ways. Let’s hope for some that inspiration stretches to getting out the door and pounding the streets. If so then it will be great to see them along the way.