Nothing to see here … 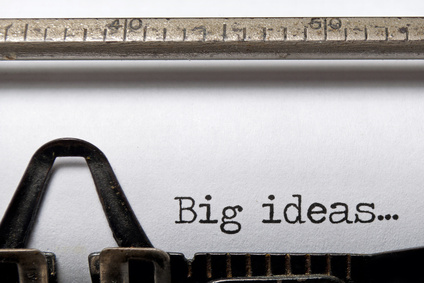 I’m not quite sure what the point of today’s Coalition Mid-Term Review was. Apart from reasserting that the Coalition intends to go the distance – and beyond? – the main thing that was clear was that they’d really rather like the media to change the metaphor and stop talking about a loveless marriage.

The document itself is largely a list of what the Government has done. It is not an evaluation of that programme. It does not, for example, compare what it has done with what it was planning to do. Nor does it reflect upon why the latter has, in many areas, fallen considerably short of the former.

And it is not – perhaps understandably – a critical document. All the actions the Government has taken thus far are presented unselfconsciously as positive in themselves, commensurate with the scale of the challenge they seek to address, and contributing positively to the achievement of the Coalition’s overall, shared agenda.

It is, therefore, largely a PR puff. As befits a government led by a former PR man.

Much of the document is taken up with what has happened since May 2010. But some of it is given over to listing future plans. I have been through the whole document and my sense is that a substantial slice of these future plans will not come as news. Lots of the individual initiatives have already been announced. That isn’t to say that there is nothing new in the document. Just that you have to hunt quite hard for it.

My first instinct was to search the document to see what it has to say about housing. This is, after all, as Nick Cohen reminded us earlier today in the Spectator, one of the biggest problems we currently face.

In the section entitled “fixing the economy” the Mid-Term Review provides a decent high level summary of the actions taken so far in the areas of housing and planning (p9):

• We have invested in housing by:

• We have invested in regional and local growth by:

There is no sense that almost all of these actions have been heavily criticised as problematic in one way or another, as I have discussed in several previous posts. The casual violence it does to conventional notions of affordable housing is particularly notable.

The document goes on to set out future plans as follows:

We will boost the rate of house building by:

As far as I can see there is nothing here that we do not know about already. In fact the empty homes point should probably have been in the previous section on actions already underway. Empty homes policy is one of the areas in which the Coalition can rightly claim that it is getting to grips with the problem in a way that previous governments failed to do.

We know about all of these initiatives already. And informed commentators have already largely written them off as insufficient to address problems on the scale of those we currently face.

The document says nothing else about, for example, easing access to mortgage finance beyond the small scale schemes the Government is already running. It says nothing in the housing section or the section on welfare about homelessness or the almighty housing market implosion that could well occur next year when the benefit cap and Universal Credit kick in. It says nothing about reconciling the agenda of restraining welfare payments with the expectation that higher cost “affordable” rental and private rented accommodation is expected to play an increasing role in meeting housing needs.

But, as I said at the outset, this document is a PR puff. So maybe we wouldn’t expect it to address these issues directly.

Perhaps there is a lot of thinking going on in the backroom to try to cut the Gordian knot. Perhaps in the coming weeks a rabbit is to be pulled out of a hat and the Government is going to get more serious about addressing the chronic and acute problems afflicting the housing system.

It’s possible. I’ll be hugely and pleasantly surprised if it turns out to be the case. But somehow I doubt it.

In his Spectator piece Cohen argues that when it comes to housing we face a “coalition of the complacent”. I’d find it hard to argue with that.