It’s pretty difficult to miss the message that the engaged academic should be reaching beyond the academy to communicate with broader publics. And blogging and tweeting have attracted plenty of attention as powerful social media through which to foster public engagement.

You’ve heard the message. You’re willing to give it a go. But Twitter appears be a whole different world to the one you’re used to. How on earth can you say anything meaningful in 140 characters, when you’re used to laying out an argument meticulously over several thousand words? You have colleagues who are very positive about the possibilities of Twitter, but it feels like a step too far at the moment. Blogging, on the other hand, doesn’t sound too bad. At least you’ve got a bit of space to say something sensible. So what happens next? You’re faced with two choices: You can go solo or you can get involved with someone else’s show. 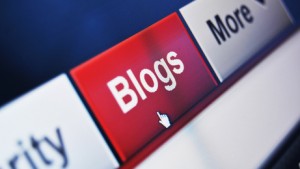 Running your own blog, for which you write all the posts, is the classic form of blogging. There are two major issues when contemplating this route. First, it can represent a significant time commitment. It isn’t that the technical aspects of blogging are difficult. You can be up and running with a simple, free blog at one of several sites in a matter of minutes. As long as you’re not worried about adding bells and whistles, if you can use a word processor then you can blog.

The time commitment is in the writing. There are many different styles of blogging. Some people are adept at producing interesting posts of a couple of lines or a paragraph. Many academic bloggers tend to produce posts of 500-600 words or more. My posts are typically around 1,000 words. But one generally accepted principle is that you have to post relatively regularly, at least initially, if you are going to attract people to your site. There are political bloggers who post several times a day, every day. Posting once or twice each week might be more realistic for most academics. Most months I post at least 10,000 words. That’s a fair chunk of time. I suspect it’s well into the upper tail of the distribution. But I simply enjoy doing it.

Second, unless your name has significant pulling power already you don’t have a readymade audience. So you’ve got to get your blog noticed. Otherwise, you may end up writing primarily for the edification of your nearest and dearest. And that’s hardly the point. Building an audience can take work. There are strategies, but this isn’t the place to rehearse them. One strategy is to post some of your strongest material at a well-established multi-author blog in order to get noticed. That can drive traffic to your own blog. And if people like what they find when they get there then they may keep coming back.

The commitment of time and energy associated with an individual blog can be enough to deter some people. There is also an argument that the level of commitment required means individual blogs tend to be relatively short lived, and that the individual blog as a blogging format is on the wane. From this perspective the future lies in multi-authored blogs. And that is the second route in to blogging. Ease into it by making occasional contributions to a multi-author blog.

It might be the blog at your institution. Many faculties and departments are setting up blogs designed to communicate research findings and academically-informed comment pieces to broader audiences. They can be keen to build a roster of regular, if not necessarily frequent, contributors to ensure a regular flow of posts. Contributing to this type of blog means that your post is likely to sit alongside posts on a wide variety of topics. That has the potential to bring your work to the attention of readers who would not otherwise have encountered it. But, equally, without care this same diversity of coverage runs the risk of failing to create a core audience.

Or you could get started by contributing to a blog like this one. The contributions have a loose thematic unity, but the contributors are drawn from within and without academic both in the UK and beyond. You will be joining a conversation with people who share a common interest. There is a higher probability that they will be interested in what you have to say and engage with it – thus putting the ‘social’ into social media.

Finally, you could venture further outside of academia and contribute to a non-academic blog in your area of interest. The scope for doing this may depend on your academic field. In politics and current affairs there are plenty of sites that take posts from occasional contributors. Joining such conversations is likely to require a greater modification in your writing. You may well encounter strongly-held and forcefully expressed alternative views ‘below the line’. The trolls are unlikely to be far away. The sort of ‘robust’ engagement that can occur on these sites can be a shock to the system if one is used to the rather more finely modulated debate of the seminar room.

Of course, these strategies are not mutually exclusive. You can pitch to different audiences depending on what you are writing about and what you want to say. Over the last two or three years I have contributed reasonably regularly to a couple of multi-author blogs, and occasionally to several others. It was only after publishing a few posts on one such site that I decided to start up on my own. When thinking about what I want to blog I also factor in where the post might best be placed in the first instance. All my posts end up on my blog eventually, but some started life on blogs such as the Guardian Housing Network blog or LSE British Politics and Policy.

If you’re not careful you can end up spending quite some time thinking about how to place particular posts. But you don’t have to. Being an occasional contributor to a single multi-authored blog is no doubt as much online engagement as many academics would want to fit in alongside all the other pressing calls on their time. It’s certainly a good way to get started on a manageable scale.