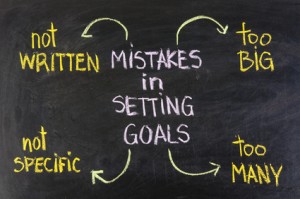 Chris Dillow draws our attention to the issue of policy implementation. He rightly argues that implementation is vitally important, but does not play well in the media. Unless, that is, something goes spectacularly wrong. The media tends to be more interested in the political “soap opera” or in new policy initiatives.

Chris argues that there are reasons for thinking that implementation will be sub-optimal. These include that:

There’s a fetish of “leadership” and “boldness” which encourages a neglect of the unglamorous gruntwork of proper management: tracking progress, achieving small partial targets and overcoming problems. This neglect will be magnified by cognitive biases such as overconfidence and groupthink … Perhaps the most grievous problem, though, is a lack of information.

Chris draws our attention to something very important here. Politicians are mostly, at best, decision makers; they are more rarely doers or managers. In that respect at least the simple division between politics and administration continues to be relevant. In a system that is increasingly populated by professional politicians who have taken the think tank, SpAd, MP route few members of the political classes have much first-hand experience of managing large-scale organisations or delivering successful organisational change before entering politics.

There are plenty of politicians whose commercial experience takes the form of management consultancy, which tends to be accompanied by limited hands-on experience of implementing the changes happily prescribe for others. By the time implementation is the messy business at hand the management consultant has quite likely already ridden off into the sunset.

So many politicians are likely to harbour rather unrealistic expectations about what can be achieved or over what sort of timescales substantial system change can be delivered and embedded.

One of the disturbing things about these initiatives is the level at which they operate. In a recent blogpost Chris Mullin of the Cabinet Office observed that “good implementation is not rocket science”. This is surely true. His blogpost offers the following as common implementation pitfalls:

Again, in broad terms, this is surely true. It has been true for decades. Indeed, this has been known for decades. Indeed, most of these, and many more, findings emerged from the implementation literature of the 1970s and 1980s, from the first edition of Pressman and Wildavsky onward. And to some extent many of the problems of implementation are generic problems of project management, and have parallels with the literature on organisational change. But implementation can have additional layers of complexity because the implementing bodies – local authorities, for example – have their own political mandate and/or may well be working to values that diverge from those being promoted in Whitehall. It is also the case that, unlike for effective project or programme management, central government is quite happy to hand down sets of conflicting or contradictory priorities and imperatives, and then wonder why they are not implemented successfully.

The question is why, despite a decade or more of trying to modernise and professionalise policy making, there is still a need for these lessons to be learnt – or relearnt. One risk, when we are thinking about implementation, is that we focus on technical failures in delivery and lose sight of the context in which delivery is occurring. By that I don’t just mean that we need to keep in mind that politics infuses all stages of the policy process, although that is true. I mean that politics can be the primary impediment to implementation.

Number five on Chris Mullin’s list – a tendency to launch additional initiatives – is undoubtedly important. It is undoubtedly a problem. But it isn’t really an implementation problem. It is almost the opposite of an implementation problem. It is a problem of the political cycle and the need for newsworthy activity. Politicians aren’t willing to stick with a course of action for long enough to implement it fully and see whether it is successful. Some of the other problems on the list – such as poor quality data and tracking of performance – can be a consequence of this.

Christopher Pollitt delivered an excellent lecture on this problem in the context of public management reform a couple of years ago. He argued that while there have been several waves of major reform in the UK over the last forty years we know very little about what sorts of reforms are successful or why. A reason for this knowledge deficit is that we have very little systematic evaluation evidence. And a reason for that is that politicians simply lose interest in an issue once it has dropped down the news agenda. Long term evaluations aren’t funded. But politicians may well also have strategic reasons for not wanting to know whether their pet project has worked or not. Without any real evidence it is harder for them to be held to account for its failure. They may well also succumb to the temptation to embrace the next bright shiny off-the-shelf solution being proffered by the young thrusters of the think tank industry. And that’s the surest route to failing to learn lessons from experience.

You can watch the whole lecture here: