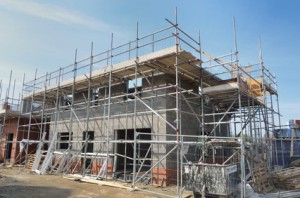 We’re most of the way through the Party Conference season, with only the Liberal Democrats left to play. So far it’s been a bit underwhelming on the housing policy front.

Labour offered a number of proposals. Some of them had been announced previously. Many of them were rather vague and aspirational.  Some of them looked kind of familiar – the Mansion Tax proposal most specifically. However, the proposal that many were hoping for – the big prize – relaxing the fiscal rules so that local authorities were allowed greater freedom to borrow for new development – was squashed by Ed Balls. Labour housing colleagues are now looking towards the Lyons Review – which is alleged to be emerging soon – to add a bit of ballast to the policy position.

The Conservative conference was rather short on specific housing policy announcements. Most of the announcements relevant to housing were focused on curtailing benefits to various groups deemed undeserving. I imagine one or two social landlord CEOs will be having sleepless nights worrying about their cashflows should the Conservatives be elected to govern alone come May 2015.

The eye catching announcement at the Conservative conference was the proposal to deliver 100,000 homes to first time buyers under the age of 40 at a 20% discount, with the homes to be cheaper because they’re built on brownfield industrial land.

Eye catching, but I’d guess largely ineffectual. After all, 20% off something utterly unobtainable is simply too expensive to afford. And of course brownfield land is not, generally speaking, cheaper to develop. Then again, unless you are going to put a covenant on the property it is a policy that simply delivers a double subsidy to a cohort of a few lucky winners. As with many of the Conservatives’ announcements since 2010 it is a case of fiddling with the symptoms of the problem rather than attempting to do anything very concerted about the causes.

Perhaps more significant is the fact that today the Bank of England has asked for stronger powers to regulate the mortgage market. If the Chancellor is persuaded then the long term consequences of this move for the housing market could be more significant than anything announced at the party conferences so far.

The last act in this autumn’s housing policy drama will be Liberal Democrat Autumn Conference will be Monday’s Policy Motion F21: Building the affordable homes we need, moved by Tim Farron and summated by Vince Cable. The motion raises quite a few questions, and much of it resonates with ideas being floated at other points on the political spectrum, but it has the great advantage of being a more explicit and positive statement of intent than that being offered elsewhere. Equally importantly, it at least attempts to take a holistic view of the nature of the problem and gestures in the direction of the need for structural change. In that respect, its ambitions are of the right order of magnitude.

Liberal Democrat conference will also be presented with a more specific motion looking to give greater protections to private tenants (F44), including some protection against so-called retaliatory eviction.

I believe there will also be moves to try to give Conference the opportunity to vote on outright abolition of the bedroom tax. If that gets debated on the floor of the Conference Hall then it might be interesting. Although the last time the bedroom tax came before Conference – this time last year – in a motion to try to mitigate the worst effects of the policy it was a bit of a non-event. Almost no one was willing to speak in favour of the policy in its current form and the call for amendment and mitigation was supported pretty much unanimously.

It will be interesting to see whether when the stakes are higher – and the proposal is outright abolition – the leadership is inclined to try to mount a defence of the policy. Given the frosty nature of Coalition relationships just at the moment, you wouldn’t bet on it.