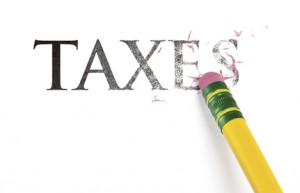 Many have been outraged that large companies appear to be paying next to no tax, often over periods of many years. Amazon, Google and Starbucks have felt the heat of consumer anger and the media spotlight. There are repeated calls for a clampdown on tax evasion – if there is any – and tax avoidance, whether aggressive or otherwise.

At one level it is odd that this has come to light now, because we are talking about tax-minimising practices that have been around for a long time. Scholars who have studied globalisation have noted the scope for these sorts of practices. Governments often respond to international competition by cutting tax rates, which has led to longstanding concerns about a so-called “race to the bottom”. Evidence that this is a problem in general – if not the lurid individual case studies – has been around for a while.

But given the parlous state of the government’s current fiscal position and an austerity agenda that is doing real damage to people’s lives it is perhaps not so surprising.

Starbucks has been back in the news because it is negotiating with HMRC over its tax liabilities. The suggestion is that this is because they have bowed to moral pressure. Martha Gill in the New Statesman argued that this is precisely the wrong thing to do. The taxation system should be grounded in a strong legal framework. Tax liabilities should not be determined or amended by the degree to which people are outraged.

I have to say that I largely agree with this position. Companies have a fiduciary duty to their owners which would include minimising tax liabilities using all available legal means. If we don’t like the level of tax at comes out the end of that process then the primary problem is the politicians who set the rules rather than the individual companies that take full advantage of them. Of course, politicians may well set the rules under pressure from perceived external competitive threats, corporate lobbying or international obligations – so the susceptibility of politics to the corporate sector may be at the root of the problem, but that is a broader issue.

It may be that many feel that they have given up hope of the political system responding to their concerns. Tough political rhetoric about curbing tax avoidance, closing loopholes and cracking down on evasion is not perceived to be followed by similarly tough actions. Truly effective action on tax avoidance and evasion needs to be taken at supra-national level. Given the difficulties in concluding agreements in such international negotiations lack of progress is as understandable as it is dispiriting.

So the alternative is to apply pressure directly to the corporations. Unlike politicians, they have reputations to protect. So they may buckle. That might be understandable, but I’m not sure it’ll turn out to be the best course of action.

I suppose my underlying concern is that the debate over these high profile corporate tax avoiders fails to recognise that corporations don’t really pay tax. Or rather they (may possibly, in some cases) hand over the money to HMRC but they don’t actually pay it. Ultimately the tax burden falls either on consumers, workers or the owners.

Crudely speaking, a company’s profit is the excess of its income over its costs. Levying a tax on profit reduces the profit available for distribution to the company’s owners. So shareholders will receive a lower income. If the shareholders are shadowy hedge funds or fat cat managers who are maximising the company surplus in order to line their own pockets we might say ‘good’. But if the shareholders are pension funds who then have problems covering their commitments to sustain the incomes of older people we might say ‘not so good’.

But, of course, each of the three components of this equation – profit, income and costs – is a variable that can be manipulated, both in reality and in accounting terms. And multinational corporations have more scope for creativity than domestic firms because they can shop around tax jurisdictions.

If profits are taxed more heavily but a firm feels it has to continue delivering the expected income to shareholders – otherwise it’ll be punished through its share price – then it could bump up the price of its goods, if the market isn’t too competitive. So it is consumers who ultimately pay the increased tax burden.

On the other hand, if the market won’t stand an increased price then the company will look at reducing its costs to restore profitability. Costs, crudely, comprise land, labour and capital. For a firm like Starbucks there is limited flexibility on land. There is little point closing your branch on High Holborn and opening one on an industrial estate on the edge of town simply to save money on land. It would appear from recent accounts that the company is already minimising the costs of non-labour inputs through a range of aggressive transfer pricing mechanisms such as apparently buying coffee beans from countries that don’t produce coffee.

That only leaves reducing the costs of labour. So it is no great surprise that the Guardian reported on Monday that Starbucks is in the process of adversely changing the terms and conditions of their employees in order to reduce labour costs. Some have suggested that this is in response to the pressure to pay more corporation tax, although Starbucks deny it and say that this process of changing terms and conditions has been under way for months. I’m not sure that it matters which version is correct. If the company’s strategy has already minimising its other costs,  reducing labour costs was the logical next step if it is looking to boost profitability further.

But if it is a move in response to the pressure to pay more corporation tax then that just demonstrates the point that it isn’t the company but the workers who ultimately paid for the increased tax burden in this case.

This may all sound like an apology for corporate cupidity. Some economists would use these arguments as the basis for seeing corporation tax as fundamentally ill-advised. Some might argue that rather than tax corporate profits it is better for those profits to be distributed and to tax wealth holdings, because that reduces the latitude for profit expectations feeding back into increased costs for consumers or increased exploitation of workers. But as a practical matter we tend to find advocacy of low corporation tax coexisting with advocacy of low levels of all other varieties of taxation.

My intention is not to be an apologist. Rather my intention is to point out that once you start thinking about tax incidence the issue becomes more complicated. People may be outraged and want to “punish” firms they see as being involved in tax scams. But it may not be the firms that are ultimately punished.

If we wanted to create real change in this field then we’d have to go back to a broader debate about tax morale. Only if there is a broader debate about the purpose and benefits of taxation, and a broader acceptance that taxation is necessary and appropriate, coupled with concerted efforts to restructure tax law in a way that reduces the scope for abuse, are we going to make any progress. And for that we need some leadership from politicians.

I find it hard to be outraged by the actions of Amazon, Google, Starbucks et al. It’s more a weary sense of expectations fulfilled. Clearly they have taken the pursuit of tax minimisation to the limit. And in the process they have an unfair competitive advantage over firms that cannot exploit the flexibilities of multination operation. But they are only doing what comes naturally to firms in a capitalist system. I find it peculiar that there is broad-based popular support for the system of social organisation that is globally dominant, and yet distaste at its logical consequences. Capitalism is great, apart from the capitalists.