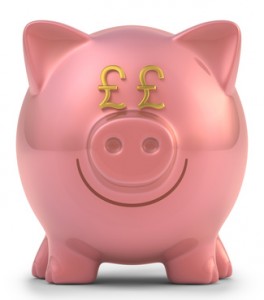 The brouhaha over the impending proposal by the Independent Parliamentary Standards Authority to increase MPs pay to £74,000 is understandable. It seems perverse to be considering an 11% pay rise on a £66,000 base salary at a time when most other public sector workers are in the middle of a long period of real wage stagnation.

The cross-party rush by frontbench politicians to publicly distance themselves from the IPSA’s recommendation is equally understandable, even if it is known that many MPs say something rather different in private. They can see it would be politically damaging to accept such a pay rise now. It risks further reinforcing the reputation of politicians as self-interested and out-of-touch. David Cameron stated that the total cost of politics needs to be going down not up.

Of course, some of those graciously foregoing the payrise are independently wealthy so it will hardly make much of a difference to them one way or the other.

But this whole fuss suggests that the IPSA has fundamentally failed in its primary mission of removing the issue of MPs pay from the political arena. In the wake of the snouts–in-the-trough expenses scandal, it made sense to place remuneration in the hands of an independent body. But it may be that depoliticisation was a hopeless aspiration from the start.

And the point about our system of remunerating MPs is that the politicisation of pay has led to all sorts of perversities. While for many years headline pay increases were suppressed for short-term political reasons, the system incorporated all sorts of allowances and expenses, golden parachutes, and gold-plated pensions to compensate.

You could argue that all the IPSA has tried to do is restructure the package to put it back on an even keel. Alongside the headline increase in salary is proposed a reduction in parachutes and pensions and a tightening up on expenses and allowances. The whole package may well be fiscally neutral, as Mark has suggested. Indeed, curbing pensions may well mean saves money in the long run. But the atmosphere around this issue is so toxic it seems impossible to have an objective discussion of the issue.

It may be that part of the problem is the social composition of the IPSA, as Phil at A very public sociologist pointed out today. While the membership may be politically independent, its social background is very metropolitan establishment. So discussion of increments on £66,000 may be conducted without any great appreciation that you’re starting from a salary in the top 5% of the income distribution. If the composition of the IPSA was a little more representative of the broader public then their recommendations could have looked rather different.

Phil suggests that the way to depoliticise MPs pay is to link it to the average public sector pay rise. Prescriptions of perpetual austerity may perhaps be tempered if you are required to take a dose of your own medicine.

I suppose one question at the back of all this is what skill set does a backbench MP’s role actually require? Does it, for example, require brilliant talent that needs to be tempted away from other better paying professions? Or is it a bit of a doss? What are the appropriate comparators? Our MPs are better paid than their equivalents in some countries, but less well paid than their equivalents in others. Is that an important consideration?

A useful post at Though Cowards Flinch was recirculating today on Twitter. It provided a broad role description for a backbench MP. It argued that the level of discretion, complexity and responsibility involved in the role compared rather unfavourably to that in other senior public sector roles such as being a Head Teacher. If your job largely consists of smiling for the camera, having a word with the relevant people, and doing what you’re told by party managers, then perhaps you don’t need to be remunerated all that extravagantly.

We might think that MPs should have different, more advanced skill sets. We might, for example, have watched some woeful questioning at various Select Committees and wished for some MPs with rather more forensic skills. And it might be that to attract some of the sharper knifes in the drawer into politics would require greater financial inducement. But then you’re talking about major overhaul of the whole system of candidate selection as much as about remuneration.

In one sense, if you assume that MPs are worth £66,000 plus to start with, the IPSA proposals, taken as a whole and delivering a fiscally neutral restructuring, don’t sound unreasonable. But I can see that we’ll end up with all the add-ons being rationalised while most MPs feel obliged to forego the salary increases. So MPs will effectively be quite a lot worse off.  While we would like to think they’re not doing it for the money, I don’t suppose that will do much to foster a positive outlook on their vocation.

Personally, I’d be happy for MPs were paid more if it were accompanied by a commitment to treating the role as full-time. So it would have to be accompanied by a curtailment of outside employment while a member of Parliament and a more rigorous approach to attendance and participation in the business of Parliament. Politicians are very keen on prescribing ever increasing regimes of appraisal and performance management for the rest of the public sector, because the presumption is that without it everyone will slack off and quality will be poor. So it would be appropriate for any increase in MPs’ pay to be accompanied by an increase in detailed oversight of their activities.

I wouldn’t necessarily go as far as to say pay should be performance related. But parts of Government are so keen on PRP for everyone else you’d have thought they’d have voluntarily embraced it for themselves.

You can just imagine IDS eagerly looking forward to this year’s end-of-year bonus for successful delivery of Universal Credit, the Work Programme, WCA, Universal Jobmatch. Or maybe you can’t.

I think David Cameron is right that we should be looking to reduce the cost of our Parliament. But I don’t think squeezing MPs salaries is necessarily the most sensible way to do it, even if it is the most obvious and populist. It would be much better to take an axe to the upper house and dramatically reduce the numbers in the Lords. Yet, if Cameron is so concerned about the aggregate budget then his track record of creating ever increasing numbers of unnecessary peers – something Clegg and Miliband are equally guilty of – hardly bears it out.