Pragmatism and principle on housing and support 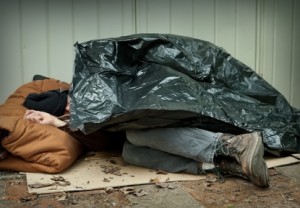 What is the Coalition’s biggest policy-making failure? I suspect a short poll would generate a long list of contenders.

Quite high on the list must be irrational short-termism. Cut the Environment Agency’s budget significantly in an attempt to save money. End up paying out much more money to clear up the mess created by the flooding that an adequately resourced EA could have prevented. Type of thing.

Patrick Butler’s post today at the Guardian got me thinking about this issue. Patrick highlights the cuts that many local authorities are making to Supporting People and supported housing budgets. While this may save money under one heading – housing and support – it will without doubt incur substantial costs under a range of other policy headings – including policing and health services.

As Patrick points out, recent research carried out for the government highlighted what good value for money investing in housing and support is, when judged in the round. But that was research undertaken in 2008 when the other lot were in power. And to appreciate its significance requires policymakers to take a holistic view of the issue. That is something some Coalition ministers seem almost congenitally unable to do.

All this presupposes, of course, that the relevant decision makers care about controlling the overall level public spending while inflicting the least amount of damage possible on the most vulnerable in society.

It would be hard to say categorically that they don’t care. But, if they do, they sure have a funny way of showing it.

If we leave aside, at least for now, the possibility they just have no idea what they are doing and their strategy of public service cuts is simply inept, then other possibilities should be considered. These include the possibility that they believe that cutting public spending on support services will force people living chaotic lives to take control and become independent. Just like that. Or that it will trigger the spontaneous emergence of voluntary sector support services to compensate for the withdrawal of the state. Or they have no appreciation of the devastating impact that some of these cuts are having on the lives of disadvantaged households. If they did then they would act differently. Or, more cynically, they know perfectly well what impact the cuts are having but they do not care unduly about what happens to the most vulnerable.

I imagine that there would be quite a lot of support for the view that all the evidence points to the conclusion that the people pulling the levers don’t care. The justifiably infamous quote from Sir George Young, made while Minister for Housing and Planning in the early 1990s, comes to mind: “The homeless are what you step over when you come out of the opera”.

Some economists are still wedded to doing it old school.

But much of the more recent thinking has been exploring the consequences of interdependent preferences. That is, my welfare doesn’t just depend on my own level of consumption, it also depends on what’s happening to you. This change in approach substantially alters the way we understand the determinants of, and changes in, overall social welfare.

This issue of where the balance is struck between self-interest and altruism has recently re-emerged in the economics blogosphere in a slightly different context.

Hochman and Rodgers back in 1969 set in train a substantial literature debating what it would mean for social welfare if people weren’t entirely selfish. Incorporating altruistic motives, modelled through interdependent utility functions, could be a way to model voluntary redistribution as welfare optimising. This approach can demonstrate that private charity might maximise social welfare, under a couple of quite restrictive assumptions. But we can equally use it to marshal an argument in favour of a role for the state in redistribution – especially if we think a substantial proportion of the rich are likely to free ride on the altruism of others.

Of course, a non-economist might suggest that this argument is unacceptably reliant upon the (relatively) rich having some sense of altruism. If all the rich were entirely selfish and utterly indifferent to the fate of the disadvantaged then there would be no mandate for the state to assist them. From this perspective it would be more important to frame the argument in terms of human rights and a respect for human dignity. This would deliver a mandate for action even in the face of indifference from the advantaged.

While utter indifference on the part of the rich is a theoretical possibility – and Sir George’s comment above might be invoked as Exhibit A – that is not really the direction in which theory – but more importantly laboratory and field evidence – tends to point. Sure there are some sociopaths out there, but most people are endowed with at least some smidgen of sympathy. And that means we need to be alive to the importance of interdependencies in determining social welfare.

So both pragmatism and principle give us reasons for thinking policy is on the wrong track.

But I don’t suppose the light is going to dawn on the key decision makers any time soon.