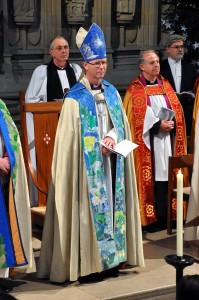 There seems to be an awful lot of housing news and comment circulating just at the moment. And it isn’t just more of the same. The arguments for a change of gear on housing policy seem to be growing louder and more frequent. The housing sector, it’s argued, needs to come out fighting. Some of this is no doubt about manoeuvring for position in the run up to the next election. But I don’t think it is only that.

Concerns about the consequences of current policy directions are growing. There’s a lively debate going on about the significance and consequences of the Government’s Affordable Rent programme, and whether or not participation in it means housing associations are complicit in the demise of social housing. There are suggestions that a change of government might herald a reorientation of housing policy. And there are growing concerns about the levels of gearing in the owner occupied sector and the impact that increased interest rates, as and when they arrive, are going to have on household budgets.

But perhaps the most interesting and important element of the debate is the discussion over housing supply. The horizons of the debate seem to be opening out. For years the focus has been on the putative failings of the planning system, and we saw that line of argument featuring in the Queen’s Speech again this week. But now the case for planning is being made more clearly. And to see the problems of “the planning system” as being about “red tape” and “bureaucracy” is to miss the key point. “Planning” is more importantly a shorthand for local political priorities. This week Brian provides a useful, and rather unusual, wrestling-based review of that particular set of debates. He comes to the conclusion that focusing on the planners is to misread what’s going on. And we hear interesting noises about the rights of communities to make representations in the planning process, but not to veto development, emerging from the Lyons review. Apparently the Chancellor may be going big on housing supply in his Mansion House speech on Thursday – it will be fascinating to see whether he manages to move his thinking beyond the Conservatives’ typical, simplistic bash the planner approach.

The discussion has been given further momentum by the announcement of the shortlisted entrants for the Wolfson economics prize, which are all looking to address housing shortage through locating new garden cities in the South East of England. There was an intriguing and controversial intervention by Dan McCrum at FT Alphaville on Friday, where the case for nationalising Green Belt around London was advanced in all seriousness.

I wouldn’t necessarily advocate nationalisation as the solution to our land supply problems – although it is fair to say that land nationalisation is an approach used extensively elsewhere in the world, and it is one we’ve used in the past in this country without the collapse of civilisation following shortly thereafter. But the key point is that this sort of radical solution is being advanced nearer the heart, rather than the fringes, of the debate. It is quite likely an idea that will go nowhere. But it may shift the Overton Window just a little, opening up scope for substantial actions previously considered unthinkable.

So there is plenty of debate about the ways and means of dealing with the housing crisis. We’ve also had a quick burst of Twitter outrage about “anti-homeless spikes” spotted in London – highlighting a tendency to latch on to the symptoms rather than the causes of the problem. In one sense the spikes are a relatively modest example of exclusionary practices, and one which is neither new nor uniformly condemned. But it is this type of focusing incident that can catch the imagination and act as a wake up call. Someone pointed out that it seems we are treating the homeless like we treat annoying pigeons, which is unacceptably dehumanising. It is a potentially powerful analogy. This is the sort of incident that could gain momentum and lead to greater pressure on policymakers to take effective action.

The anti-homeless spikes incident gives a stark reminder of the consequences of the absence of a secure home. I’ve always thought the housing debate would have greater sense of urgency if we were able to hold on to the profound implications of poor housing for every aspect of life. Sometimes that gets lost in the technicalities of finance, subsidy, planning permissions, land assembly and the like.

So I think, for me, the most powerful contribution to the housing debate this week didn’t originate in the mainstream media, the housing press or the blogosphere. It came from the red benches. On Thursday the Bishop of Rochester made his maiden speech. This is what he said:

Why do these things concern me as a bishop, or indeed simply as a human being? Because at a very deep level our human well-being is bound up with our sense of belonging and identity—and, our sense of the global notwithstanding, belonging and identity are in turn bound up with our sense of locatedness and, more specifically, of what we might call home. For those like me who draw inspiration from the Judaeo-Christian tradition, we find in the Hebrew prophets a vision of a person sitting in security beneath their vine and their fig tree, with no one to make them afraid, and at another point there is the encouragement, even when finding oneself in a strange place, to build homes, settle down and plant productive vineyards. These are visions of settledness, locatedness and security. “Home” in that sense is of course about much more than bricks, mortar and roof tiles, but certainly in our culture, and perhaps more specifically in our weather, to think of home without adequate and affordable bricks, mortar and roof tiles is very hard indeed …

As we have heard, the Government’s programme for this Parliament, as outlined yesterday, touches on housing matters at a number of points …

I await the outcomes of all this with interest because, as I think we all know and acknowledge, there is an awfully long way to go regarding housing supply, markets for housing both for purchase and for rent, and many other issues connected with housing in one way or another. I am well aware that the issues are complex … and that there are no easy answers, but I cannot rest content for as long as there are those without somewhere to call home and, more sharply, without security in relation to the shelter over their head. I trust that Her Majesty’s Government will continue to give these matters focused attention for they are foundational, yes, for the economy, but also for our individual, familial and societal well-being …

As well as legislation and policy, we need imagination, creativity, a properly entrepreneurial spirit and a restless passion for what is right and good for the future of our society in this regard. This is for the well-being of us all—and, more particularly, for that of our children and our children’s children.

It seems to me His Bishness has got to the heart of the matter right there. Well played.