We are heading towards a degree of consensus regarding at least one part of the mess that is the UK’s housing system. Pretty much everyone agrees that there needs to be a significant increase in the supply of new properties. Some have arrived at this view from the perspective of the potential positive impact it could have on macroeconomic performance and national infrastructure. Others would seek to highlight that some of the problematic characteristics of the housing market flow from poor housing supply response.

There isn’t quite so much agreement on the solution. The Government gives the appearance of believing that it’s doing enough to deal with the problem. Almost everyone else thinks that more could, and should, be done. Many believe that more far-reaching structural reform is necessary. 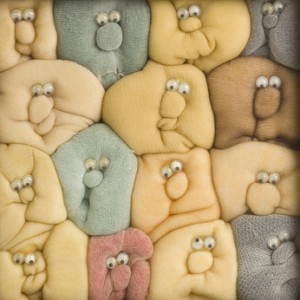 One of the Government’s key innovations has been the NewBuy scheme, which provides guarantees that allow purchasers to access 95% loans on new properties. The principle behind this scheme has been roundly criticised by many commentators and academics because it artificially supports prices when what is needed to restore affordability is more price deflation. But, leaving aside problems with the underlying principle, the scheme is now up and running so we might ask whether, in its own terms, it is working. Here again there is a divergence of opinion.

The House Builders Federation sees it as promising that 400 households who have reserved properties through the scheme since it started nine weeks ago. In contrast, Brian Green over at Brickonomics, during a broader discussion of the continuing problems of housing supply, considers that the NewBuy scheme has “got off to a shaky start”.

The latter chimes with a conversation I had yesterday with a mortgage advisor. I asked what level of interest there had been in NewBuy. The answer was that it was pretty dead. There had been a bit of interest at the beginning but that had petered out. The lender was willing to work with NewBuy but no one was interested in buying.

The reason given was that the scheme is, as the name suggests, only available on new properties. And new properties are perceived by consumers as cramped, crammed and not very well built. That speaks to some more profound and deep-rooted problems with our misfiring housing system.

That was only one conversation, and it perhaps shouldn’t be given too much weight. But it is one that tallies with what we know elsewhere. These are not new problems, but they are problems that seem to be getting more acute.

The Guardian was running a poll this week on whether, and how, to change housing supply to deliver more spacious homes. This followed from a report by RIBA – The Way We Live Now – examining the poor space standards in new build homes. The suggestions largely revolved around greater regulation – the possibility of returning to an earlier age where the Parker Morris standards set out minimum requirements. Britain is the only EU country that doesn’t set out minimum standards.

Such poor standards mean that we do not build sustainable, flexible spaces that could offer lifetime homes. At the moment the country is building nowhere near sufficient properties. It is doubly unfortunate that the ones that are being built are not necessarily high quality spaces. It is one of the perversities of British housing history that the best quality properties have been built at the times of greatest need and in the face of austerity. Perhaps now is the time to replay history.

But the search for space is another case where we need to set greater regulation in context. Of course, it would be preferable to build homes that we can be confident will be useful for the next century. Rather than building what are, in some cases, glorified cupboards. The question is why do we face the problems we do?

In the private sector that takes us back to issues of affordability, the price of land, planning constraints, and the structure of the building industry. With land prices high builders are going to cram. And reducing space standards means selling more units off of a plot, so making more money. The peculiar structure of the UK speculative building industry means that high build quality is not always a priority. A relatively concentrated building industry means that the pursuit of profit is less constrained by competition. So we end up with what Alan Evans famously described more than 20 years ago as “rabbit hutches on postage stamps”. He tended to place the blame squarely on the planning system, as the embodiment of sectional interests. I think the story is a bit more complex than that. But that just makes the challenge of achieving a more socially beneficial housing production system all the greater.

Regulating for higher standards without fundamental reform of the broader structures of provision will simply result in a further deterioration in affordability. Or, even more problematically, it could reduce already feeble levels of supply, if construction firms perceive it as uneconomic to build to higher standards.

The more you think about the mess that the UK housing system has got itself into the more you are driven to the conclusion that going back to a blank sheet of paper mightn’t be a bad idea. Of course, that is not possible. So it is going to need some seriously creative thinking and greater strength of political will to get us out of this jam.