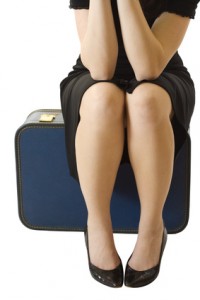 The Coalition committed itself to reducing the aggregate housing benefit bill, which stood at around £20bn per year when it took office. The seemingly inexorable growth in housing benefit payments had been identified as a problem before the Coalition’s formation. It was one indicator that the housing market was sick. So the Coalition’s policy aspirations here were not particularly implausible or objectionable. Indeed, you could argue that it showed creditable determination to deal with a longstanding issue.

The issue is how it has, then, gone about tackling the problem. And to do so it has started by introduced a range of restrictions on eligibility. Here in Bristol it is forecast that something like £11million will be removed from the annual private rented sector housing benefit bill, and the local authority has been allocated £500,000 to manage the fallout. If and when Universal Credit arrives next year the cap on housing benefit will sharply tighten again for many households.

The positive spin on this approach would be that landlords are getting away with charging over-inflated rents so this will force them to moderate their demands. Alternatively, tenants will have to move in search of cheaper accommodation either locally or further afield. The extent of this type of mobility continues to be debated. Early in the process we had Boris Johnson’s comments about the social cleansing of London and the leaked, but subsequently denied, memo from Eric Pickles’ department indicating a five figure rise in homelessness should be expected as tenants find their current accommodation unaffordable and unsustainable. Local authorities have set up schemes to facilitate the process of longer distance mobility.

Good, say some rather more unsympathetic souls. Benefit claimants should only expect to consume housing that they can afford. That’s what the rest of us hard working types have to do. No one should expect to live in better quality accommodation than they can afford at taxpayers’ expense. Bloomin’ benefit scroungers.

Bad, say those who are perhaps more willing to think through the ramifications. Enforced mobility will have a range of negative impacts upon neighbourhoods, labour markets, local economies, public services, and individual households that are likely to outweigh any money saved under the heading of housing benefit.

It is becoming increasingly clear that the Coalition isn’t going to deliver on its headline objective of reducing the housing benefit bill.

This is in large part because the bill is not entirely within its control. The deterioration in the economy has increased the number of claimants. The Telegraph yesterday reported that the bill is likely to be £5bn higher than originally forecast over the course of the Parliament. That feels cautious to me.

And it is important to recognise that around nine out of ten of the additional claimants are working households facing lower wages and, in some areas, higher rents. Often people are being forced to take part-time work because no full time jobs are available. We would no doubt wish to applaud their commitment to continuing labour market engagement. But it means that they are likely to be eligible for assistance with their housing costs. The nation has not suddenly commenced scrounging on a grand scale.

Yesterday’s Independent carried a small article which demonstrated why a further component of the policy thinking in this area is flawed. It is reported that Waltham Forest has abandoned its attempt to encourage local households living in temporary accommodation to move to Walsall. The problem was lack of interest. The quote from Councillor Pye encapsulates the situation:

“The majority of people we offered this to just turned it down. Most people said they would rather stay on their mum’s floor so their kids could go to the same school. We need to redouble our efforts to find accommodation in east London.”

There is no better illustration of why the housing market is not like other markets. The centrality of housing and location to so many other aspects of life means that a policy predicated on people making trade-offs purely on the basis of prices and quality is naïve. That model works for apples but not for accommodation.

It also illustrates how people are willing to forego adequate housing in order to continue connections with family or valued services. It is an unusual family that would willingly uproot itself and move hundreds of miles in order to maintain quality of accommodation but abandon everything else.

A few weeks ago I blogged that quality and security are key contemporary housing challenges. I had in mind the fact that current policy is making housing precarious for many households and that it is creating affordability problems that mean people are forced to trade down to inadequate housing. But I admit I didn’t have in mind people who would rather place themselves in a position that would satisfy legal definitions of homelessness in order to stay in a particular area. The negative consequences of such housing situations for children are well known. That is one reason why we had an active housing policy in the first place.

The documentary earlier this week powerfully attested to the negative impacts of sofa-surfing and youth homelessness. It also challenged stereotypes of youth homelessness being some form of perverse lifestyle choice among problematic people unworthy of our sympathy. It also highlighted the difference that secure independent housing can make to people’s lives.

This was a positive contribution that raised awareness of the issues. But we really shouldn’t need to have our awareness raised on this. We seem to be destined to have to rediscover the lessons of the past.

If we were seeking evidence that Britain faces a housing crisis then it seems to be arriving with alarming frequency. It may be that such evidence has to keep accumulating. That will maintain the pressure for policy to shift to a more active stance on investment to address housing shortages. That is what lies at the heart of many of the problems.

It would be good if accumulating evidence also forced a rethink on the direction of housing benefit policy, in order to stop some of the most negative outcomes. But I suspect that is asking too much.