Is use it or lose it the answer? 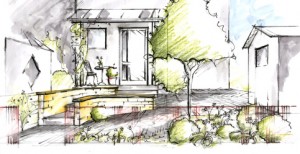 The components of a Labour housing policy are gradually being revealed. First we had some pronouncements on the need for longer tenancies and more stability in private renting. Then we had the idea that what we need is less money spent on benefit and more spent on building affordable rented housing. And yesterday we had Ed Miliband comments on boosting housing supply, as part of a wide ranging speech on the theme The discipline to make a difference.

The central contention was that the key to the housing supply problem is land hoarding – organisations and individuals owning land that could be developed but with no intention of developing it. This is a practice that needs to be discouraged, principally by giving local authorities more powers, including time-limiting planning permissions.

Here is the relevant passage:

For decades now, Britain simply hasn’t built enough homes. Fewer now than since the 1920s. And the result has been that the prices of houses and flats have gone up and up and up, even in these difficult economic times. According to figures this week, many young working people will now have to save for 30 years before they can afford a deposit for a new home. Denying them the start in life their parents’ took for granted. That is wrong.

It is why we should be investing now in house building. Nobody should be in any doubt of this party’s commitment to building homes.

But building more homes doesn’t just need resources. We have to be willing to confront some of the obstacles to house building. Across our country, there are land-owners with planning permission, sitting on land, waiting for it to accumulate in value and not building on it. We have to change that. Including giving councils real power to say to developers that they should either use the land or lose the land.

This suggestion has had a mixed reception. In a familiar refrain, those of a conventional economic persuasion have suggested that the issue isn’t the behaviour of developers but the constraints of the planning system. From the Conservative side Mr Miliband’s suggestion has been labelled “incoherent”. In contrast, the IPPR broadly welcome the proposal, although, to be frank, the thinking behind the IPPR version of the idea is rather more sophisticated than the case presented by Miliband. Yet, even on the Labour side not everyone is fully on board. Hopi Sen offered a more sceptical response to the proposals. He makes the very fair point that the scale of genuine land hoarding, as opposed to landbanking by speculative builders in order to ensure a flow of development sites, is not at all clear. He also notes that it is most likely going to be relatively straightforward to avoid any simple “use it or lose it” rule.

Given that planning permission is already time-limited, presumably the issue is more crucially what happens when the time is up on a permission. At present renewal is largely automatic. Giving local authorities a wider range of tools at that stage could be valuable. Having the ability, in certain circumstances, to force the release of land through CPO, or something similar, and then market it for development could be valuable.

Opening up the discussion of housing supply so that it does not focus simply upon the deficiencies – real and imagined – of the planning system as the root of the problem is to be welcomed. Some focused attention on the nature of the land market, in particular on the way in which land ownership is highly concentrated, is long overdue. It would have been good to add into the mix, as the IPPR have previously suggested, consideration of the impact that increasing levels of industrial concentration has had on the output of the housebuilding industry. Houses are built to ensure profitability is maintained and shareholders are satisfied. If that is best done by developing relatively few properties then that is what will happen. This isn’t a public service.

As I have blogged previously, the issue of housing supply needs to be looked at holistically. Much of the money in housebuilding is actually made in land speculation, trading and holding. This favours operating at scale. This in turn makes access to land by small scale builders and self-builders difficult. In part these characteristics are a response to the need to manage the risks associated with the planning system. But that is not the whole explanation. After all, industrial concentration in the housebuilding industry has increased over the last couple of decades – and particularly in the last half a dozen years – but the planning system hasn’t changed dramatically.

When thinking about housing supply holistically we also need to locate it in the context of spatial development more broadly. We need to link housing supply to the broader policy agenda around rebalancing the economy. And make sure that rebalancing the economy has a spatial not just a sectoral component. The UK economy would seem to be subject to strong centripetal forces. Economic activity is sucked out of the regions and towards London. If the need to increase housing supply is driven by affordability problems, and affordability problems are in turn driven by increases in housing demand, then it is important to look at the drivers of that demand.

Simple standard economic models would suggest that it is impossible for regional growth to keep on diverging indefinitely. The cost differentials between high cost growth areas and low cost areas of decline would eventually mean that it was in employers’ interests to set up in lower cost areas. This drives a process of spatial equilibration. Less conventional economists, and more recent models under the heading of the new economic geography, would in contrast talk of virtuous circles, self-reinforcing mechanisms and processes of divergence and spatial concentration. These processes are either not self-equilibrating or equilibrium can embody substantial spatial inequalities, depending on the model.

The question of whether policy can or should do anything to try to reshape spatial development continues to be contested.

The Town and Country Planning system was established in the post-World War Two period. This was an era of active industrial and regional policy. These policy fields were complementary. There was a belief that not only should government manage spatial development but that it had effective levers to do so.

Currently we have largely unrestrained spatial economic growth. When it comes to industrial and regional policy comprehensive approaches have been rejected and government does little more than tinker around the edges. This does not mesh particularly well with the Town and Country Planning system. The question is whether the problem lies on the Town and Country Planning side. Or is it the absence of effective strategies for balanced spatial development?

Whether such strategies are possible is a separate question. The key point is that this debate, wherever it’s happening, is not connecting very meaningfully with the housing debate.

Yet, if we’re going to come to grips with the housing supply problem then we need to recover the big picture before real progress is going to be made. Use it or lose, however positive a move in its own terms, is only going to make a superficial dent in the problem.