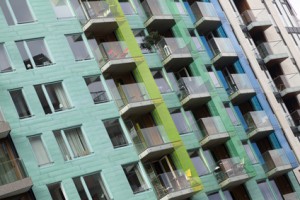 I’m not sure whether anyone is tracking the frequency with which stories about the UK’s problems appear in the media, but intuitively you get the sense that it is increasing. Barely a day seems to pass now without something appearing prominently somewhere. Housing is not just on the agenda but moving up the agenda.

Quite a lot of this something is someone identifying a problem or an injustice. The arguments here are now becoming relatively well-rehearsed. The increased frequency with which this situation is being articulated and reported is more about turning up the volume, sharpening the focus and broadening understanding than it is about adding significant new dimensions to the story.

It is about moving concern for these issues into the mainstream. Housing is a major public policy concern, not just a problem for a minority perceived to be directly affected or a fascination for the community of housing policy wonks.

The story can be summarised relatively briefly. High house prices and high rents have implications not just for affordability and tenure aspirations but also for household formation, wealth accumulation and intergenerational inequality. Greater reliance on renting means more households directly experience housing insecurity. Those who have mortgaged up to the hilt to get a toehold in owner occupation live in fear of an interest rate rise that will tip their household finances over the edge. We are also seeing the spatial consequences of market disequilibrium as gentrification continues apace in our cities: relatively poor residents are displaced to make way for the more affluent.

When it comes to finding solutions the menu of possibilities is again relatively well-rehearsed. The key development is that they are being articulated more broadly by different, and arguably more influential, voices. But one thing that troubles me is that in the process we tend to find the analysis unhelpfully simplified.

In today’s FT Martin Wolf returns to the issue of house prices, the distortion of the land market and the Green Belt. He draws primarily on arguments by Paul Cheshire to make the case for relaxing restrictions on building on the Green Belt as the key to solving the housing problem.

If and when the history of this period of housing policy is written the role Paul Cheshire has played as a policy entrepreneur in pushing this argument will be an interesting side note. Indeed, the role of the microeconomists at the LSE in advocating against the planning system – arguments that are picked up with enthusiasm by free market think tanks such as the Adam Smith Institute – could well form a key part of the story of shifting policy thinking.

But, as readers of this blog know, I’m not convinced. Or, rather, I am absolutely convinced that preserving the Green Belt in its current form is the wrong policy. I am just not convinced that changing planning policy is an adequate answer to the problem.

I was very struck by the analysis of density in London summarized at Citymetric a couple of weeks ago, which highlighted how low density London is compared with other major and megacities. We could, and should, also be thinking about building up not out. And building properties for people to live in rather than sovereign wealth funded apartments designed primarily to accumulate value. But building up is an interesting phenomenon in Britain, where long-term high rise living carries with it less positive connotations than it does elsewhere. For densification to get very far it would be necessary to challenge prevailing cultural norms about the semi-detached house with garden being a key aspiration and signifier of social achievement.

Similarly, when we talk housing and planning we occasionally manage to keep the discussion broad enough to include the nature of the construction industry and land ownership. But it frequently becomes decoupled from arguments about the distinctive characteristics of the financial system. That is in part because quite a few of the people who are interested in housing and planning are not so interested in the way in which the housing finance circuit is inextricably linked to the broader global financial system. And vice versa.

If we are to rebuild our housing system so that it is fit for purpose then we going to need to keep all of these variables in play at the same time. Then we can articulate the sort of structural transformation that is necessary. Clearly some analysts have had a go at setting out this type of multi-faceted reform agenda – Kate Barker’s recent book being a prime example. But keeping this more complex story in play is difficult. Retreating to simpler, single issue solutions is sorely tempting.

Martin Wolf ends his piece on housing with the following payoff line:

This is a really big issue. That is, of course, why no politician dares touch it.

That is absolutely right. Yet Wolf is only talking about the housing, planning and Green Belt component of the story. We need to recognise, with due deference to the theory of second best, that in dealing with a heavily distorted system you have to act on several fronts at once for reform to be effective. That makes the challenge all the greater.

But the pressure on the political system is building. The demands for effective action increase in volume. Are the necessary arguments close at hand, in digestible form, ready for when the window of opportunity opens?