On flash crashes and their prevention

How often do you encounter something important and find yourself thinking “how is it that I didn’t know about this already?”. It happened to me last week when reading an FT piece (£) by Gillian Tett on the flash crash experienced by the US equities market in May 2010. On the afternoon of 6th May the market lost nearly a $1tr in value in half an hour, only to recover most of that value by the close of the day’s trading. An enquiry followed, but no one has yet established precisely what happened. 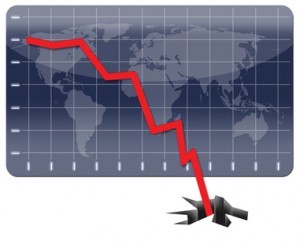 Tett’s article draws on a Foresight report by Dave Cliff and Linda Northrop for the Government Office for Science that looks at the global financial markets from a perspective rooted in ICT and systems engineering. Cliff and Northrop argue that the world economy had a lucky escape in May 2010. Had the flash crash happened a couple of hours later the market would not have recovered before closing. As a consequence East Asian markets would have plummeted and worldwide financial meltdown could have been triggered.

Given that all this was news to me, and is clearly highly significant, I spent some of my New Years Day reading the report.

The authors take an “ultra large scale systems perspective”. They argue that the global financial system – indeed, each national financial system – is a System of Systems (SoS) that has grown up organically, with individual components developed separately but then expected to communicate effectively with each other. What could possibly go wrong? Not only that but financial markets are large scale socio-technical systems: a key part of the markets’ aggregate behaviour is shaped by the way in which humans and technology interact. The rise of phenomena like automated high frequency trading over the last decade has fundamentally altered the character of the markets. They have long since ceased to operate at a human pace.

My familiarity with the engineering end of things is pretty much non-existent, but as I understand it the core of Cliff and Northrop’s argument is that flash crashes are likely to be an inherent property of a SoS. So we should expect them to happen again. In the same way as in physical systems such as bridges or aeroplanes there may be a combination of circumstances which results in system failure, the financial system can find itself in a state which triggers a flash crash. It doesn’t mean someone necessarily made a mistake and therefore can be blamed. In physical systems the key issue is whether the probability of such system failure is so low that it can be treated as negligible for practical purposes. If so, then the system can be considered ‘safe’.

Cliff and Northrop’s point is that at the moment our knowledge of how financial markets – when thought of as ultra large scale systems – operate is not sufficiently advanced to say how probable or otherwise such flash crashes are likely to be. Sometimes the term ‘black swan’ is invoked here, to indicate an unlikely event that did, in fact, come to pass. However, given that, as Cliff and Northrop note, there is a suspicion that there was another smaller flash crash in September 2010, it isn’t clear that we are talking about events that are particularly improbable. I am reminded of Mandlebrot’s argument from a while ago that much of the modelling used in financial markets is based upon flawed foundations. It assumes risks can be modelled using normal distributions when in fact the distributions describing market movements are fat-tailed. The result is that markets are far more volatile in practice than the theory says they should be.

The core of Cliff and Northrop’s proposal is that building large scale simulation models, drawing on techniques for modelling the coevolution of complex adaptive systems and the like, offers the possibility of enhancing our understanding of the global financial system – its properties and propensities. With increased understanding of the concatenations of circumstance that are likely to trigger a crash, regulators will be better able to formulate smart rules to prevent the system finding itself in those states, thereby averting financial armageddon.

While the authors are, I infer, convinced of the value of this approach, they note that it would be appropriate to put the proposal through a thorough cost-benefit assessment. To construct such models would most probably require an international collaboration that would not come cheap. So it is as well to be sure it is a sensible use of time and money. We’d expect nothing less in our vfm policy world.

Two points particularly struck me from reading this report.

First, the premise of the report is to work with the grain of the way in which the financial markets have evolved and continue to evolve. The central question is how regulators can reduce the accompanying chronic risk of financial collapse.

Yet, this discussion is taking place at a time when the very purpose and value of much of the activity of the financial markets is being questioned. What does it add to the sum of human welfare (as opposed to the bank balances of those involved)? Andrew Haldane’s argument that much of the value created by financial markets in recent years is largely a mirage produced by taking on more and more unacknowledged risk seems germane. A number of high profile economists have questioned whether the financial sector has become bloated and largely self-serving (including the recent post by Brad Delong at Project Syndicate). Some governments are questioning (£ – FT) whether high frequency trading, for example, needs to be curbed.

An alternative mechanism for seeking to minimise the risk of flash crashes bringing the entire global economy to its knees would be to apply a form of the precautionary principle and unwind or step back entirely from certain technologies or combinations of technologies. That is clearly still a question of regulatory intervention. Yet it is a question not of inserting circuit breakers to stop the system reaching particularly dangerous states, but rather of ruling certain types of circuit as being too dangerous. They need to be deactivated.

The argument is about costs and benefits, but we would be weighing the downside risk more heavily, because the costs have to be socialised when things go wrong. In the absence of compelling evidence that certain types of risky activity are socially useful the onus is upon those who think they should be allowed to demonstrate why. The counterargument that it would be possible to design appropriate insurance products to hedge against such risks would, I submit, completely fail to learn the lessons of the recent past.

The second point I was left wondering about was how we theorise about the operation of financial markets. Post-Keynesian approaches, inspired in particular by Hyman Minsky, have gained popularity – outside the academy at least. But such theories are fundamentally more humanistic than much conventional economic theory. They are about risk, uncertainty, optimism, animal spirits, bulls and bears – there is a strong streak of emotion in explaining what drives markets. As a general account of markets populated by people such theories are, in my view, an improvement upon standard economic theories of clear-eyed rational calculation and efficient markets. But what about markets in which a large proportion of traders are automated and, at best, boundedly rational in following pre-specified rules? There should no doubt be more focus on the rules being embedded in the technology. It may be that those rules embody certain types of irrationality. But they will be executed without emotion.

I’m not sure quite what to make of that. It could have profound implications for theorising financial markets, and indeed markets more generally. It is very likely that there are well-developed strands of the finance literature, with which I am not familiar, that have already wrestling with these issues. More research – for me at least – is necessary. As is always the case.

This is a fascinating topic. And one which speaks directly to some of the biggest questions of our time. Clearly there is an important technical dimension to the debate. But it raises broader questions of social ordering that justify scrutiny at a much more profound level. It feels to me to be one of those topics that is too important to be left within a particular policy community.