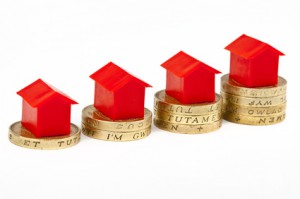 We need a new approach to thinking about housing. Not only do we need to think differently about housing, but political economy more broadly needs to recognize the centrality of housing. It is not possible to carry out meaningful macro-social analysis without recognizing that the housing market occupies a position at the heart of capitalist society.

Those, at least, are the contentions that Manuel Aalbers and Brett Christophers (A+C) advance in Centring housing in political economy (£), a paper that recently appeared online and which will form the centrepiece of a future focus issue of Housing, Theory and Society.

A+C start with “capital” which they rightly consider “arguably the central category of political economy” and develop their argument in three parts. They:

identify the multiple (and ever more material) roles of housing when capital is considered from the perspective of each of its three primary, mutually constitutive guises: capital as process of circulation; capital as social relation; and capital as ideology. (p3)

A+C style the contemporary analysis of housing as being dominated by housing-as-policy, which is the focus of social policy analysis, and housing-as-market, which is the domain of mainstream economics. Given this reading of the terrain they argue that there is a pressing need for a political economy perspective which takes housing seriously and theorizes it as integral to capitalist dynamics.

Personally, I am happy to agree that there is value in developing a political economy perspective. But the characterisation of the current terrain – as social policy or economics – is not at all convincing. There is plenty more going on than that. In fact, the way A+C set up their case rather reminds me of the sorts of implausible strawman opponents attacked by one particularly idiosyncratic critical urbanist. But that would be telling.

Be that as it may, it’s a bit of a sideshow. The core of the A+C argument stands on its own two feet. Given the ambition of their aims for the paper it is inevitably going to have to be fairly broad brush. If you approach the paper as the starting point of a conversation – rather than a watertight and definitive statement of a position – then it is well worth a read.

While A+C argue for the value of a political economy approach it is perhaps unfair to suggest that they are claiming this is something entirely new. There is novelty in the claim that housing needs to be integral to any serious political economic analysis. But the argument they develop nods strongly in the direction of some familiar ideas, starting with Marx and, more particularly, Engels. In many respects the paper is a work of rediscovery and rearticulation – and that is no bad thing. Much of the argument echoes discussions of the secondary circuit of capital articulated by David Harvey in his pomp. It then invokes a range of classics of housing studies: vintage Harloe on private renting; Kemeny’s landmark intervention on the myth of home ownership; Kleinman on housing and welfare states; the seminal work of Forrest and Murie on the privatization of social housing. However, A+C bring the arguments up to date by touching on work such as Richard Ronald’s work on ideologies of home ownership and Schwartz and Seabrooke on financialisation.

Given that this is a journal length treatment of a large topic the added value of the perspective being advocated is asserted rather than demonstrated. But I’d say there is enough of substance here to make it worthwhile taking the argument forward and putting the perspective to work in more detailed analysis.

It has always been something of a puzzle to me why this type of political economy approach fell out of fashion. David Harvey has kept plugging away like a prophet in the wilderness until finally, with the Global Financial Crisis, his arguments are much in demand and, I would assume, he is entitled to some sense of vindication. But otherwise the discussions about land rent and the like that were active in the 1970s and 1980s rather fizzled out as researchers moved on to other preoccupations.

In fact, one of the strange things about reading the A+C paper was a strong sense of thinking “isn’t this where I came in?”. I started out in housing research just at the tailend of these debates the first time around. The second edition of Saunders’ Social Theory and the Urban Question was still in the shops, as was Selling the welfare state. Harloe’s Private Rented Housing in the United States and Europe and even Harvey’s The limits of capital could still be counted as recent, rather than classic, contributions to the literature.

That isn’t intended as a criticism of A+C. It just reminds me that I’ve been in this game a long time.

I think the political economy perspective has a lot to offer at many levels. One of the most valuable and interesting dimension is that you can’t go far down this route without philosophical questions rearing their heads. To take this type of systemic macro-perspective is to invite questions regarding the claims being made – or not made – regarding the existence of broad/materialist laws of society, about deduction/induction/abduction, about the status of theory and its immunity – or otherwise – from empirical disconfirmation. A+C  are clearly alive to these issues. Before long this type of perspective gets driven into the arms of critical realism, which is certainly an inclination they signal. But that again raises plenty of questions about the status of the arguments being made.

These are profound issues. They are issues that rarely get a thorough airing in housing studies. But the political economy approach seems peculiarly suited to foregrounding them. Even if you are not inclined to agree that this type of macro-analysis is a productive path to follow you are obliged to sharpen up the reasoning on why it is problematic.  And that’s all good as far as I’m concerned.

I will watch with interest to see how this initiative develops.