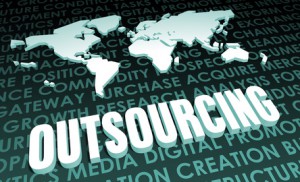 The Public Accounts Committee report on government contracting, published earlier this week, secured substantial press coverage. The focus was on the report’s finding that G4S and Serco continued to be awarded additional work from government while they were under investigation for overcharging. And this fact rather contradicts previous assurances given by the Government.

How these two miscreants were handled in the period during which their behaviour was being investigated is without doubt an important question. But it is only one issue that the PAC addresses in the report, and it probably isn’t the most important one.

The report is relatively brief. It builds on a couple of previous reports the Committee has produced in recent months, as well as a report produced in the summer by the Committee on Standards in Public Life. It repays close attention.

The report in pretty even-handed. It is willing to recognise progress and improved performance where that was identified. But it has some sharp things to say about inadequacies on both the client and contractor side.

In fact, perhaps the most striking thing about the report is that it is being produced in 2014. It is not as if contracting for government services is a new phenomenon. Yet it is appears that the central government departments have hardly mastered the basics of contract management. The absence or underdeveloped nature of the structures and processes for ensuring delivery and value for money is positively alarming. And as a consequence of a lack of organisational capacity they, and the taxpayer, get taken for a ride by wily private sector contractors.

The PAC rightly question the ethics of behaviours on the part of some contractors – taking advantage of asymmetric information and lack of effective monitoring to increase profit without increasing efficiency. The Committee pushes the idea of a contractor’s duty of care – that private providers are expected to display higher standards of behaviour when they contract for public services because it is taxpayers’ money that is at stake. This receives a broadly positive response from the small number of private sector representatives cited.

The way the argument is framed does tend to imply that if it is “only” consumers’ money at stake in a purely private transaction then it is okay to screw the consumer over. But that’s a separate debate. Caveat emptor and all that.

Perhaps the most interesting and important part of the report is the discussion of consolidation in the public service contracting market. The PAC is concerned that the Government has become too reliant on a small number of providers. It emphasizes the need for competition and choice, and the role of SMEs. The market has become oligopolistic and the Government’s dependence on a few organisations has created a “too big to fail” problem. The Government denies that this is the case. As, of course, you would expect it to.

The most bizarre aspect of this part of the report is that the government argues that because for a long time each department was treated as a separate entity, and therefore departments didn’t compare notes, it wasn’t obvious that a lot of contracts were being handed to the same organisations. That seems to me to be a rather extraordinary claim. Even if there was no formal mechanism for collating information on contracts awarded across government you’d have to have had your head in the sand not to have realized that the same few organisations were being awarded contracts from all sorts of directions. It’s hardly credible.

It will be interesting to see how this story evolves. It is one of those areas that is diagnostic of the difference between liberals and neoliberals. Genuine liberals – with a concern about concentrations of power in whichever sector it occurs – should be deeply suspicious of the way in which the market for public service contracts has concentrated. Neoliberals, on the other hand, tend to preach competition and choice, but, as a result of their serious allergy to government regulation to prevent monopolisation, are perforce rather more sanguine about the concentration of private economic power. So it will be interesting to see if any serious action follows.

None of this is really news. Indeed, it is possible that these arguments have been floating around in the ether for quite a while. But it’s good that they are now being aired within the Westminster bubble. Whether they gain more traction now is a profoundly important question for the health of liberal democracy.