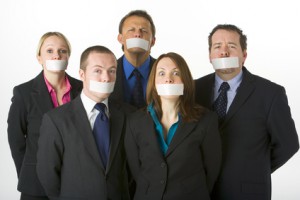 Back in 2011 Nick Clegg famously said:

you shouldn’t trust any government, actually including this one. You should not trust government – full stop. The natural inclination of government is to hoard power and information

It’s a position embodying impeccable liberal principles. It demonstrates a clear understanding of the dangers of concentrating power and, by implication, the benefits of pluralism. The heart of many a jaded liberal sang in response. Clegg circa 2011 got it.

This week we have witnessed the all too familiar sight of Liberal Democrats in the Commons dutifully trooping through the lobby in support of an illiberal Conservative bill. This time it was Chris Grayling’s Criminal Justice and Courts Bill. In the process they overturned some wise amendments passed by the Lords, where a rearguard action had been fought to try to stop the bill achieving its primary objective of putting government decision making largely beyond scrutiny. In the Lords the Liberal Democrats supported these amendments en masse.  In the Commons the only Liberal Democrat to vote against the Government was Sarah Teather. It’s a sorry tale. Many liberal activists have been sent near apoplectic.

Grayling is, it would appear, incapable of thinking about his role as a steward of the constitution in anything but narrow party political terms. And it seems that viewed from the perspective of Conservative party interest much of civil society is a conspiracy of the reds-under-the-bed variety. Therefore it is “logical” that the law around judicial review should be reformed. The Government needs to stop its decisions being challenged by those who conspire to thwart the Government in its noble mission. That is, let’s make it as difficult as possible for members of civil society – private individuals, charities, or non-governmental organisations – to challenge the legality of government decision making.

In advancing the case for reform Grayling gave a bravura performance, for a man who either has at best a tenuous grasp of constitutional principles or simply doesn’t care that he is trampling all over one of the  foundation stones of our democracy.  His aim would appear to be to make the judiciary subservient to the executive, and to place the executive effectively beyond scrutiny. Government should be allowed to wield power without fear of challenge.

It seems likely that if this happened in a faraway country – that didn’t happen to be a key trading partner – someone from our Government would pop up to condemn the country for undermining democracy and sliding towards authoritarianism.

But what of the Liberal Democrats? As Ian Dunt observed yesterday:

judicial review goes to the heart of what it is to be a liberal. It is the individual against the state. It is like liberalism triple-distilled and poured into a bottle. One struggles to imagine a more perfect encapsulation of liberal philosophy.

The liberal response to Grayling’s proposals was, or should have been, self-evident. Liberal Democrats should be voting against. And if those in Government felt bound to support the measure then at least those on the backbenches should have rebelled. It is not as if they haven’t done so before. But that is usually on matters of less significance, even if they’ve had greater popular resonance.

Yet liberal response came there none.

There have been some vague mutterings about concessions secured, as a justification for supporting the bill. But it isn’t at all obvious what those concessions might be. Nor is it obvious that they could possibly compensate for this attack on such an important component of our constitution. In fact, that’s not right. Whatever they are they can’t compensate. Full stop.

Back in 2012 I wrote in relation to previous actions by the Government that had serious constitutional implications:

In many ways I am less concerned about short term political advantage than I am about the corrosive effect that this Government is having on democratic practice and belief in the value of democracy itself. From that perspective I believe it has already been a disaster. Were politicians ever held in high regard? I’ve no idea. But it’s clear that they are now viewed by many as contemptible. The Coalition is, as they say in football, bringing the whole game in to disrepute.

The Coalition is turning in to a bit of a car crash. The gaffes and the exposé seem to be arriving more frequently, as do the signs of friction between the parties. One can only imagine what has yet to be unearthed or the horrors that await us if the Parliament goes to its full term. But I suspect the long term damage to democracy will be grievous.

While friction between the parties has increased, it hasn’t proved fatal to the whole enterprise. But we now no longer need to imagine the horrors. They are there right in front of us.

Rebelling against this week’s Bill may have achieved nothing in terms of the overall outcome. It may be that the illiberal tendencies within the Conservatives and the Labour party combined to ensure that it still reached the statute books. But it would have sent a signal that the Liberal Democrats know which way is up. That they demonstrably understand what liberalism means and that liberalism only means something when words are backed up with actions. It would give voters some idea that the Liberal Democrats stand for something different to the other parties. It would give them a reason to consider voting Liberal Democrat.

As it is, the Liberal Democrat identity has now become further confused. As Jonathan Calder asked in a post yesterday:

This seems a bizarre decision by the Liberal Democrat leadership. Does anyone know why it was taken?

And does anyone know to whom Nick Clegg is now trying to appeal?

I have simply no idea.