The future of local democracy 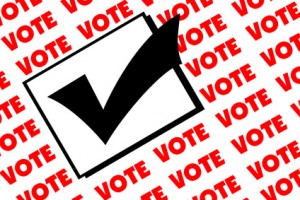 Participation in representative democratic processes at local level is on the wane. Not just in Britain but in several other western democracies. There is plenty of cause to reflect on why that might be, and what might be done about it. How can more local people become engaged in decision making about their area? Without change it is easy to envisage – without getting too apocalyptic about it – local government facing a crisis of legitimacy at some point in the not too distant future. Equally importantly, local government is facing unprecedented challenges. Citizens need to understand the dilemmas and competing demands. Wise leaders will draw on resources and ideas from across communities. More inclusive political processes are needed to achieve this.

Last week I chaired an event at the University of Bristol on The Future of Local Democracy as part of Thinking Futures, the Festival of Social Sciences and Law. The panel of four speakers engaged with a broad range of issues relating to the nature of local democracy, accountability, and representation.

And, because the event took place in Bristol in the run up to the Mayoral Election, there was plenty said about the arrival of the elected mayor. In fact, our event was competing against one of the many Mayoral Hustings that have been taking place over the last few weeks. It was a pity that, as a consequence, none of the candidates were able to attend.

The Mayoral election is a vivid illustration of some of the problems of representation: only one of 15 candidates is a woman and only one is not white. The failure of the governing elite of Bristol to reflect the diversity of its population was a point made forcefully at our event by Helen Mott of Bristol Fawcett.

There is a good write up of the event at the Bristol Democracy Project.

Here I just want to offer a couple of observations on the back of recent events.

As Colin Copus pointed out during the question and answer session at our event, one of the few things that the evidence is pretty clear about is that the larger the scale on which local government is organised the lower the level of citizen engagement. So a successful future for local governance has to include devolving power down from local authority level. There is plenty of experience of doing so internationally. And Bristol has its own sub-authority structures in the 14 neighbourhood partnerships. However, neighbourhood partnerships are hardly high profile within the city. And there is more than a suspicion that participation tends to replicate the processes and personnel at local authority level.

Gary Bridge, speaking at our event, made the observation that social scientists have drawn the distinction between democracy as a set of institutions and democracy is an active process of discovery through deliberation. Local re-engagement may initially require rather more focus upon fostering the latter than on reforming the former.  As Catherine Durose observed during her presentation, many citizens continue to be interested in the issues and in contributing. The question is how to unlock that potentially valuable contribution. Place-based communities may not be the most effective basis for the revitalisation of local democracy.

The arrival of a mayor at first sight appears to move power in the opposite direction – concentrating it more clearly in the executive. Most of the mayoral candidates have made positive noises about sustaining or enhancing devolution to sub-local authority level. Those commitments are no doubt often sincere. But whether they are or not they are largely unenforceable.

The move to a mayor was seen by its advocates as a way of moving beyond the dysfunctional nature of Bristol’s local politics, which has tended to be plagued by tribalism and petty point-scoring. The mayor is the leader of the city and not just the council. In principle, the mayor needs to rise above the usual preoccupations of local politics and reach out beyond the political class. But at the same time, if the mayor is to be an independent voice for Bristol they should not be simply a higher profile mouthpiece for national party policy. It is for these reasons that way back at the start of the discussions about the move towards a mayor I wrote:

One conclusion I took away … is that the discussion cannot take place within the constraints of conventional local political debates. It cannot be left to local councillors to put the arguments for and against, to shape the way in which the local electorate comes to understand what is at stake …

we’re talking about imagining potential and exploring visions of what could be possible if the world were arranged differently. It is not necessarily a great idea to rely on those with a strong stake in keeping the world as it is.

… it is, understandably, hard for councillors to call a truce and step outside the confines of existing engagements. Battle lines are already drawn; the trenches dug. The mayoral debate simply opens up another front in an ongoing war of attrition.

The issue is simply too important to let that happen.

The campaign running up to the mayoral referendum in May both confirmed some of these concerns and managed to escape them. While some councillors performed their anticipated roles, a lot of the momentum behind the yes campaign originated outside of politics.

But has the current election campaign itself signalled something new, different and better for local politics? It wouldn’t be appropriate to offer my personal view on that, but it is clear that others feel strongly that so far it hasn’t.

Yesterday the Bristol Culture blog reflected upon the recent Mayoral Hustings at the Colston Hall, featuring the five leading candidates, and summarised the campaign so far as “a race to the gutter”, drawing on the words of George Ferguson’s campaign manager:

“Labour in particular have allowed senior members of the local party to lie, slander, make fun of ordinary voters, make false accusations against others and engage in a whole campaign of misinformation,” says Ferguson’s campaign manager Chris Luffingham.

“If we are going to make Bristol a better place, where people feel included, where they are heard and not shouted down by those with the loudest voices, then this derogatory behaviour that is designed to wound has to stop.

“What we have seen in this campaign is a concerted and planned operation of what amounts to no more than mudslinging – a race to the gutter.”

The Bristol mayoral campaign makes it to today’s Guardian. The impression created by Zoe Williams’ piece is not dissimilar. George’s supporters, along with Daniella Radice the Green Party candidate, are vocal in their criticism of the two biggest parties – Labour and the Lib Dems:

Ali Robertson is the director of the theatre at the Tobacco Factory, part of a multi-use space that Ferguson, an architect, rescued from dereliction and turned into a trust. He said: “I didn’t plan on doing any campaigning for him, it’s really in response to what I saw was going on. I think personally the mudslinging has been really vicious.”

In one sense this is perhaps not surprising. If the mayor is going to transform governance then that is going to happen once in office. You might anticipate that the run up to the election would feature all the entrenched and undesirable characteristics of the way politics has conventionally been carried out in the city. Of course, the fact that this culture is deeply engrained means that the mayor is going to have a heck of a job challenging it and moving beyond it.

It could be argued that some of the leading contenders – and more especially some of their key supporters – are already implicated in perpetrating the sort of tribalism we are so familiar with. So it may be hard for whoever wins to turn up at the Council House on 19th November and credibly declare that they are going to step beyond it.

Nonetheless, I certainly hope they will try. And I wish them luck in realising the aspiration.

Even in spite of all the effort and the mud-slinging the Mayoral election is not making a huge impression on the psyche of the local population in general.  The elections have a higher profile than the Police & Crime Commissioner elections on the same day, but that is hardly saying much.

Perhaps more worrying for the candidates is that even among those who are intending to vote in the elections – who are by definition rather more engaged than the average – many are yet to be sufficiently impressed with any of the candidates to make up their minds in which direction they are going to cast their vote. While a poll published in the Bristol Post last week put Marvin Rees the Labour candidate ahead of the other candidates, it also indicated that fully 53% of the 750 people interviewed who were intending to vote hadn’t yet decided who to vote for.

One reason for this is that the candidates’ policy platforms are not hugely distinctive. Today’s Guardian piece observes that “debates [have been] more consensual than normal, because almost everybody wants to be in with a chance of getting the second vote on someone else’s ticket”. And the independent candidate Owain George stated that “every single one of my policies has been quoted back to me at some meeting or other.” The Guardian likens the whole process to “political karaoke”. It could equally be seen as hinting at the limited room for manoeuvre facing whoever is elected.

But don’t take the Guardian’s – or anyone else’s – word for it. Judge for yourself from the ITV video excerpts of Ian Axton’s interviews with the candidates gathered together here.