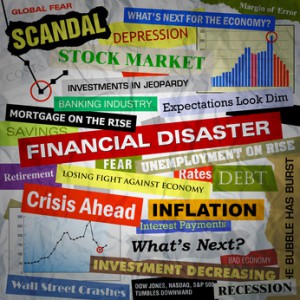 For three days this week Manchester played host to the (un)conference Boom Bust Boom Bust: why economics is for everyone. The organisers put together an impressive programme of speakers and participants, including a number of the highest profile academic economists, political economists, and economics commentators in the UK.  The programme also included a number of contributions from policy professionals and activitists. The fact that the event was organised by enthusiastic students from Post-Crash Economics Society at the University of Manchester and other UK institutions makes this doubly impressive.

A characteristic that united the unconference organisers and the contributors is a dissatisfaction – at the very least – with the way that mainstream economics tends to approach its subject. Pluralism and non-mainstream perspectives on a range of key economic issues and debates ran throughout the event. A second characteristic was a desire to move economic debate out of the seminar room and elite policy circles in order to engage a wider public in deliberation about some of the biggest challenges society currently faces.

The latter is a theme that Ha-Joon Chang develops in his recent Pelican book Economics: The User’s Guide. Chang argues forcefully that economics is too important to be left to the economists. Economics is not the technical exercise that so many of its practitioners assume it to be. And economic theories can have immense real world consequences when embodied in policy. Economics is a topic that citizens should engage with because it is so fundamental to shaping all our lives. So citizens should be encouraged to engage with economic arguments.

But, at the same time, economics is a topic that is often discussed in an obscurantist and exclusionary way – enough to put all but the most determined off. So economists are presented with the challenge of making the subject accessible.

We are witnessing a pretty graphic illustration of the problem at the moment. The political debate around the economy is framed entirely in terms of how large a dose of austerity is going to be administered after the general election. Yet, at the same time, the majority professional macroeconomic opinion is that austerity policy has been largely misguided, has had a substantial negative impact on the economy, and that that impact may well represent permanent damage to the economy’s productive capacity. But this view has almost no impact upon the policy debate. Instead, it is what the Oxford economics professor Simon Wren-Lewis has dubbed “mediamacro”  that feeds the policy debate – and that bears only a passing resemblance to contemporary academic economic thinking. If you move towards more pluralist accounts of the economy then you get an even starker contrast with current policy directions.

Ha-Joon Chang took part in this week’s event. He kicked off a strand of sessions at the unconference labelled a Crash Course in Citizen Economics, attended by members of the public, mostly with little or no previous engagement with economics. He was followed up by sessions run by several well-known figures in economics, and by me.

The final session of the Crash Course aimed to look at How to fix the housing crisis? The session was intended primarily as a workshop. The group mixed economics students with the citizen economists. I make a presentation setting the context and then the group was to discuss various aspects of the housing crisis with the aim of arriving at some policy solutions. It’s a big topic, and we only had a relatively short amount of time. But then it’s a topic that I could talk about for hours.

I can’t speak for the student/citizen economists, but I found it a very positive session.

As I left for the railway station I thought of a recent post by Isabel Hardman in the Spectator on the discourse of Westminster politics. Hardman’s point is that we should be less quick to condemn the politically uninformed for their lack of engagement. Rather we should recognize the weirdness of the Westminster bubble and the exclusionary language politicians share with the wonkish media participants in the Westmister circus. That doesn’t mean others aren’t interested. Without anyone intending for it to happen, many who don’t immerse themselves in the game are simply shut out. It’s the politicans that need to reflect, and to reach out and help others to understand what politics is about and what is at stake.

I came away from my short time with the economics students and citizen economists feeling very similarly about the housing discussion. There are plenty of things we discuss as part of the housing policy debate that are treated as basic, but which are by no means self-evident. We think some are well-known – the move from social to affordable rents, what the Green Belt comprises, what the bedroom tax is, that David Cameron’s promise of 1-for-1 Right to Buy replacement looks more like 1-to-11 in practice, why buy to let took off, what buy to leave is – but they simply aren’t. Yet there is an appetite to engage with the issues in a more informed fashion, if we’re willing to make the debate more accessible. And that’s where the challenge lies.